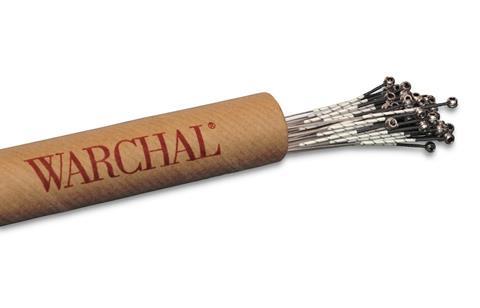 A new answer to an old problem – and novel packaging too

Developing a string with the warmth of gut, the stability of synthetics and the projection of steel has long preoccupied engineers faced with the complex demands of 21st-century musicians. As Warchal founder Bohdan Warchal explains, their new Timbre violin strings are the latest attempt to do just that. ‘There is nothing magical or miraculous behind our research,’ he says. ‘We have simply invested in new core materials and more advanced acoustic tests.

‘The resulting strings have a gut-like colour and response, but their power and projection are totally different.’

According to Warchal, materials used in the strings’ construction help to minimise the problems associated with similar products: ‘The steel wire used for E strings generally has very poor longitudinal elasticity. This creates resistance to the oscillations required for the string to sound and produces both whistling and a harsh tone.’

By including a helix structure inside the Timbre E string, Warchal claims to have improved its overall flexibility and, therefore, sound. The G and D strings contain a new version of the manufacturer’s synthetic ‘W-Core’ intended to capture the tonal character of gut without compromising secure intonation. A ‘W-Core’ version of the A string is also available.

Protection from dirt and sweat corrosion was another priority. The hydronalium D-string winding is protected from the elements by an outer layer of silver, while the A string is available wound in the same configuration or with stainless steel and a synthetic monofilament. The G string is wound in silver.

As Warchal explains, the Timbre strings will only be available from selected luthiers. ‘We drew on all our knowledge and experience to design our best-ever strings, so we want to be sure they are installed properly. To make sure this happens, the strings will be delivered straight – not coiled – to the luthier, who will fit them to the instrument for no additional charge.’