‘It’s close to expressing everything about life’

Marking the days of the festive season, The Strad presents twelve memorable quotes from the archive. On the first day, Ida Haendel offers advice on interpreting Bach’s Chaconne 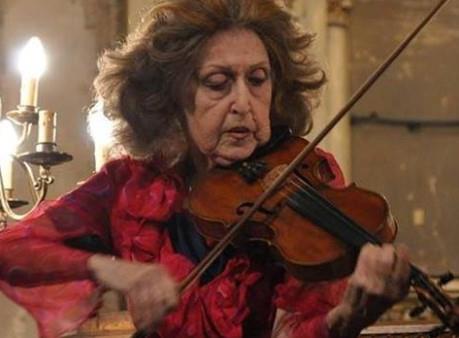 ‘The Chaconne may be one of the greatest masterpieces ever composed, although we can’t really say that because we can’t compare one piece to another. But it’s close to expressing everything about life: the tragedy, the sadness, the melancholy, the mystery.

There is such mystique in the notes and the structure is incredible. It starts in the minor key, there is a bit of relief in the middle – a little sunshine – and then it goes back to the minor for a melancholy, hopeless ending. Every note is masterful.

I began to play the piece when I was a child. I felt the drama and tragedy by instinct and that’s the way I went on playing it. I studied it with Carl Flesch and played it like everybody else until I met one of the great musicians – Enescu. Only then did I learn what music really means.

He said to me, ‘All of these embellishments and decorations are not Bach. The skeleton is what you have to concentrate on.’ He made me remove everything that was a decoration. He inspired me to play the Chaconne and everything by Bach in this way.

The simplicity and the intricacy of it is fascinating, but it is so difficult to really express it and make it speak without any embellishment.’