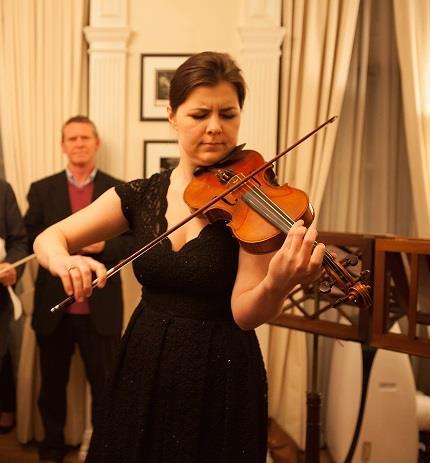 The prize has been awarded annually to the most promising graduating student of London’s Royal Academy of Music since 1912. Past winners include Fidelio Quartet founder Clarence Myerscough (1952), Canadian-born violinist Frederick Grinke (1933), conductor and violinist Kenneth Sillito (1959), and violist and arranger Watson Forbes (1931), while the bows have been made by such names as Timothy Baker, Johannes Finkel and James Tubbs.

Photos: Kowalczyk performing Bach at a celebratory party held by the Royal Academy and J&A Beare, with prize winners (or family representatives) from all generations; the prize bow by Derek Wilson