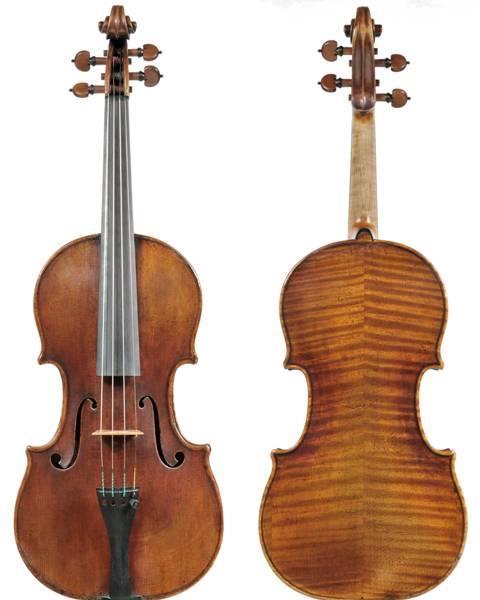 A seven-year study of hundreds of Stradivarius, Amati and Guarneri violins has found that the instrument’s characteristic sound is likely to have come about through small errors made each time the luthier attempted to replicate his original design. Researchers at the Massachusetts Institute of Technology (MIT) discovered that the length of violin f-holes and the thickness of the back plate made significant differences to tone production, with longer f-holes proving more efficient than the more rounded equivalents of medieval fiddles, lyres, and rebecs.

Seventeenth and eighteenth century violins by the three Cremonese makers demonstrate a slow evolution towards longer f-holes and thicker back plates. However, according to MIT’s computer models – based upon technical drawings from the era and X-ray and CAT scans of the violins – such developments were likely unintentional, at least in the first instance.

‘We found if you try to replicate a sound-hole exactly from the last one you made, you will always have a little error,’ said professor Nicholas Makris. ‘You are cutting with a knife into thin wood and you cannot get it perfectly, and the error we report is about two percent.

The results of the study are published in the Proceedings of the Royal Society.