The €20,000 violin was on loan to Elina Sitnikava, a violin student of Zakhar Bron at the Queen Sofía College of Music in Madrid 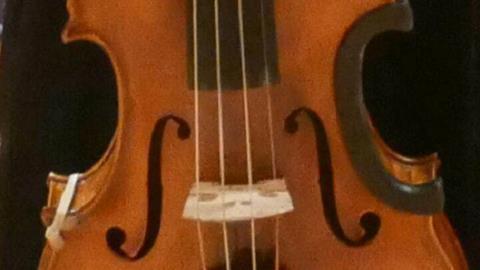 Elina Sitnikava, a violin student of Zakhar Bron at the Queen Sofía College of Music in Madrid, Spain has contacted The Strad about a stolen instrument.

The violinist was travelling on the Madrid Metro on 19 December from Aeropuerto to Nuevos Ministerios on Line 8, having given concerts in Hungary, when the €20,000 violin by Luc Deneys was snatched. To make matters worse, the instrument does not belong to Sitnikava; it was loaned to the young musician by the Belgian maker for her concerts.

She explains: 'I entered to the train and put my violin and case just next to me. There were quite a lot of people and I was exhausted after my concerts, so for some minutes wasn't really paying much attention to the violin. When my stop came, the violin has disappeared. I asked the people around me whether anyone had seen anything, but nobody had been paying any attention. I immediately went to Metro security, but a search found nothing. I have reported the incident to the police, but there has been no progress. I have also written to the Spanish luthiers' association, and to many music schools in Madrid, in case someone attempts to sell the instrument.'

The violin bears the signature of Luc Deneys under the end pin and is marked inside with the number 14.02.

Those with any information are asked to please contact +34615153265 or info@deneys.com. 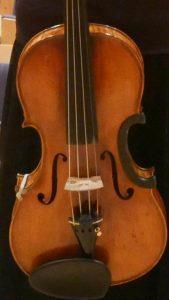