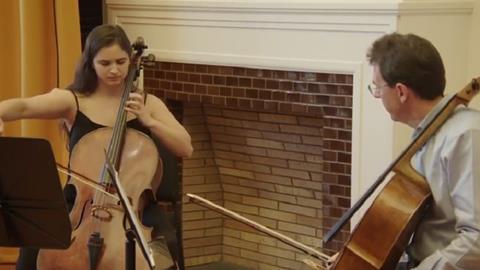 There are two separate statements in the opening: the first is hopeful and questioning; the second provides an answer'

The session was one of three masterclasses with members of the Vienna Philharmonic, which took place in February to coincide with the orchestra's performances at Carnegie Hall. The young artists taking part were alumni of Carnegie Hall’s youth orchestra programme, NYO-USA.