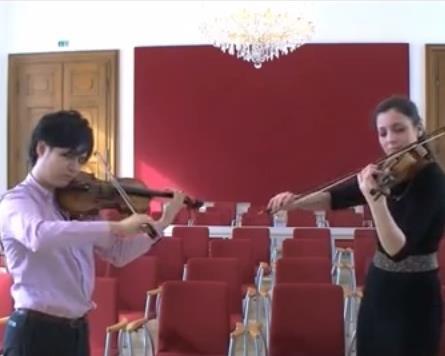 Michael Frischenschlager, professor emeritus at the University of Music and Performing Arts, Vienna, explains Part 2 of his two-octave violin scale and arpeggio system, as featured in The Strad's December 2015 issue.

In this exercise the focus is on shifting - playing two-octave scales, arpeggios, dominant and diminished 7ths on one string.

Students work in pairs, playing in harmony, and perform each exercise ppp and fff, in major and minor keys, with and without vibrato, and at progressively faster speeds. Here, two of Frischenschlager's students demonstrate the system.

To read about the scale system in detail, including musical examples, download the December 2015 issue on desktop computer or through The Strad App.