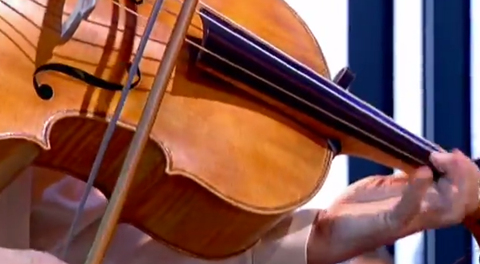 Belgian violinist, violist and conductor Sigiswald Kuijken's recording of the Bach Cello Suites was published in The Strad, July 2009, containing the following extract:

'Sigiswald Kuijken decided some years ago that the instrument for which Bach wrote his Cello Suites was neither the instrument we know today nor the viola pompous he is sometimes credited with inventing, but a violoncello da spalla or shoulder cello. In an essay in the CD booklet he points out that there is no evidence that Bach was thinking of an instrument played between the legs.'

Click here to read our news story on Kuijken's upcoming performance of Vivaldi's Concerto for Violoncello da Spalla in D in London.