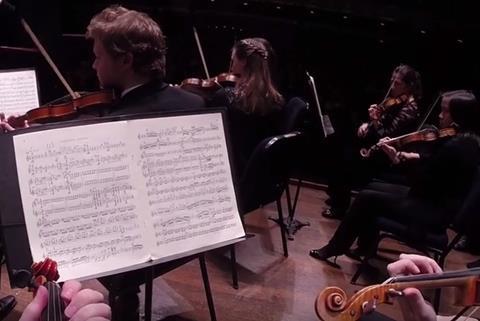 The Cleveland Institute of Music has launched CIM Perspectives, a series of videos to be published on YouTube, in which student performers wear GoPro cameras during concerts to give viewers an idea of what it feels like to perform with an orchestra.

In the first video the Cleveland Institute of Music Orchestra performs Stravinsky’s The Firebird at Severance Hall conducted by Carl Topilow. The performance features 12 different perspectives.

Watch: An inside view of the Czech Philharmonic with 24 GoPro cameras