Considering the f-holes of the Amati ‘King’ cello, and playing with food, led Andrew Dipper to on a possible path to evolution 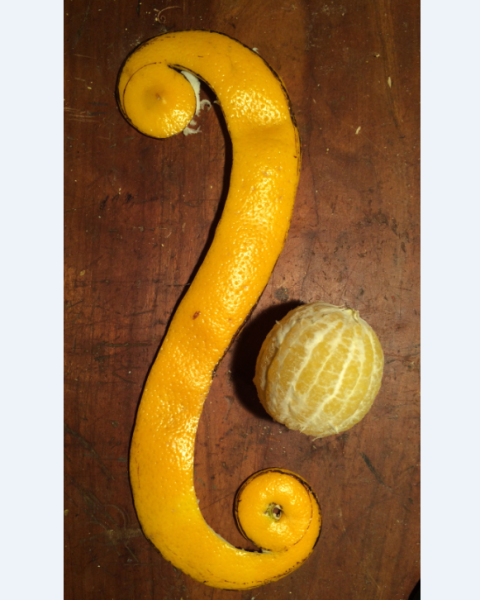 The origin of the violin can be traced to Northern Italy at the beginning of the 1500s and it is significant that many of the illustrations of these first instruments have c-shaped soundholes instead of the now ubiquitous f-shaped holes of the modern violin.

It seems as if the violin was born fully formed, overnight, with all of its characteristics fully functional and intact: a super-being ready to slay all of its competitors through the poignant excellence of its beauty, power, construction and design. With very sound reason, tradition places the invention of the model in the city of Cremona between 1520-1550, and in particular in the workshop of the Amati family of instrument makers. It was in Cremona of the 1500s, with its mathematicians, its alchemists and its multilingual and multicultural society, that the DNA of the first violin was assembled. Cremona’s Hebrew, Latin and Arabic scholars bridged the divide to the ancient Greeks with their knowledge of music, geometry and proportion, while among many other Italian cultural influences, the use of the proportional compass, the digital calculator of the Renaissance, allowed the fine tuning of the form of the instrument, which let the violin achieve its present form as early as 1530.

But what about these c-holes, and what drove their adaptation to the violin f-hole of its current form? Was it simply, as some have noted, that the double 'f' was in homage to the first significant Amati client, Francis I of France? Or is there a more complicated reason? Recently, while considering the design of the f-holes of one of the earliest known Amati instruments, the ‘King’ cello of Charles IX of France, I found a possible path of evolution. 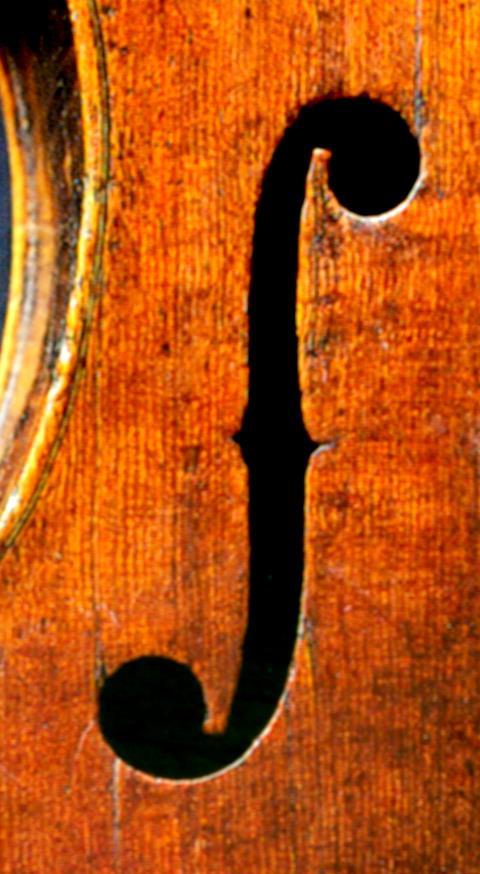 In particular I was investigating the development of the upper and lower wings of the early Amati f-hole and why they were so minuscule compared to the wider f-hole wings of Nicolò Amati and Stradivarius. Under geometric analysis I realised that it was possible to commence curling a cut-out of an early Amati f-hole around its very large (almost equal-diameter) upper and lower eyes, since the wings did not get in the way of the process. 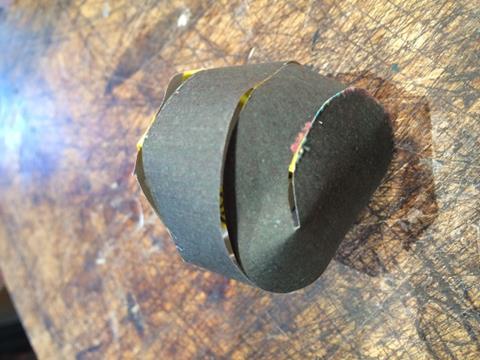 I have to admit now that playing with food had a part in this discovery, and peeling an orange led me to confirm the realisation that the Amati f-hole, curled up in this way, creates spheroids with a helical incision that unites the opposing poles. The sphere’s diameter happens to be, by rough calculation, about one quarter the length of the f-hole. The form of the early Amati f-hole is therefore merely the result of the development of the surface of a spheroid, whose origin and terminus are the almost equally sized discs of the north and south poles, which form the upper and lower eyes of the f-hole. 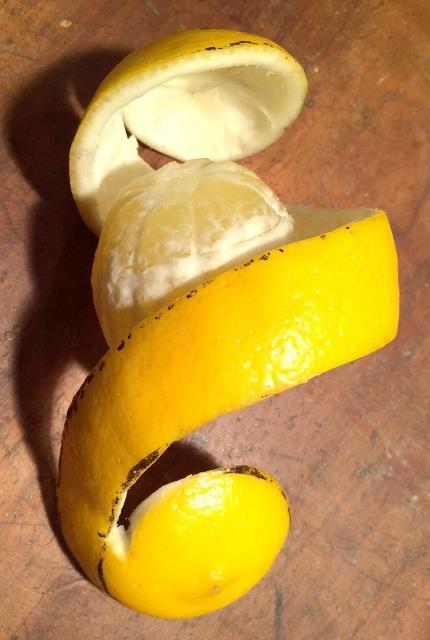 Soon I was in the supermarket looking for spherical citrus aids and a few cuts on a number of lemons with a sharp scalpel were enough to prove that slight modification of the helical track as it leaves the poles could substantially modify the resulting 'f' into nearly the Amati form. The nicks of the f’s fall equidistant from the poles on a line of longitude between the two polar centres, and are offset by the angle of the development of the left-handed helix. There are links on the web that suggest a solution for an exact mathematical analysis of dimensions cut and surface that can generate the exact Amati form.

In terms of violin acoustics the knowledge of the link between f-hole and sphere is rather useful, since matching the f-hole area to the volume of the soundbox is an important part of the design process. If the f-hole area can be represented merely by the total surface of a sphere whose diameter is one quarter of the length of the f, it is possible to pre-calculate and design an f-hole whose length and area fall within narrow known parameters. The multitude of f-hole patterns of Stradivarius in the museum in Cremona represent exactly this kind of design enquiry.

But what if it is the circumference of the resulting shape, rather than its area, that influences the power of the sound? In this case, you may borrow some of the area within the large polar circles to increase the length of the outline by increasing the projection of the lower and upper wings into the large polar circles. This is exactly what we find in the f-hole designs of the later Cremonese makers, except for Guarneri 'del Gesù', who made his f-hole wings smaller but increased the length of the f-hole to compensate for this local loss of total circumference.

If Andrea Amati was as clever as his violin design suggests, then the f-hole and the date of its first appearance might be as early as 1537 conniving a dual reference to the French king Francis I and his heir Henry II, whose impresa was Donec totum impleat orbem ('Until he replenish the whole world'), a political strategy of Shakespearian proportions worthy of a great Renaissance adept, businessman and master builder!

Andrew Dipper writes about the history and construction of the Andrea Amati 'King' cello in The Strad's May 2015 issue, out now.