Tips for playing a concerto for the first time with orchestra 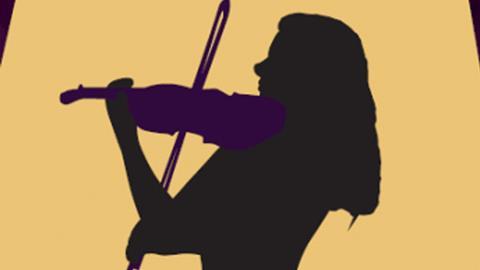 I have a student playing the Bruch Concerto next January with the school orchestra and it’s the first time he’s ever played solo with an orchestra. He’s excited but quite nervous. What advice should I give him about preparing for this new step? GORDON FRASER, EDINBURGH, UK

BORIS KUSCHNIR The student should take the orchestral score of the Bruch and follow it while listening to recordings by various players. It is important to concentrate not on the soloist but on the orchestra, and on which instruments are central at any given moment. You should be able to guide the student in this. It’s also helpful to play along with the soloist, not too loudly, while still focusing on the orchestral part. The student shouldn’t play along with only one soloist but pick different players so that they don’t lose their individual approach. It would also help them to play first violin in quartets, sextets or octets and to perform solo concerto pieces by Vivaldi or Bach with a quintet or a small chamber orchestra.

MIMI ZWEIG The best preparation is one that includes finding a good rhythmic understanding of the concerto, playing it many times with a pianist who plays like an orchestra – without much give and take. The student should make sure their memory is secure, as well as studying the orchestral score and giving enough practice performances with piano in a class or recital situation.

GÉZA SZILVAY The student should listen to some well-chosen recordings (preferably different interpretations) of the concerto and follow the score at the same time. Listening to the recordings and reading the music from the solo part, focusing especially on the entries, will also help. They can also read the music from the score without the recording, trying to hear the music in their head. Once they have done this, it’s important to play and practise the concerto from the score while still hearing the orchestral part in their mind. This will lead on to practising the concerto by heart and imagining the orchestral accompaniment. And at the first orchestral rehearsal, the student should express their gratitude for the privilege of being the soloist, not only to the concertmaster and conductor, but to every member of the orchestra.

Read: Ask the Experts - should players separate technique and musicality when preparing a piece?

Read: How to memorise music for performance

This article was published as part of Teacher Talk – in which top teachers answer readers’ string teaching queries – in The Strad’s November 2011 issue – download on desktop computer or through The Strad App.