The pros and cons of using a shoulder rest

Filling the area between the jaw and the left shoulder is a perpetual problem for violin and viola players, writes Tim Homfray 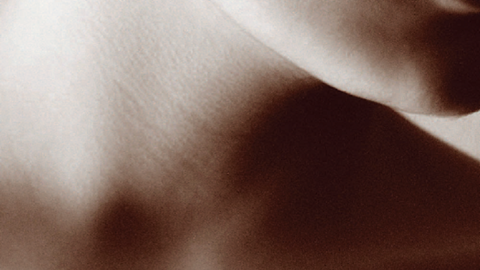 How do you get that under your chin?’ This supposedly humorous question has irritated generations of cellists and bassists, who probably have a repertoire of unprintable responses. Nobody, however, thinks to ask the same question of a violinist or a violist. If they did, they might get more than they bargained for.

The answer would most likely involve the familiar club sandwich of shoulder, shoulder rest, chin and chin rest, with the instrument tucked in the middle. This might lead on to a list of aches and pains, of problems and solutions sufficient to make the interlocutor wish they’d stayed in bed that morning. And if they were really unlucky, they might also get a dissertation on the design and use of the shoulder rest, and the pros and cons of using one at all.

There are an awful lot of shoulder rests on the market nowadays, soft and hard, adjustable and rigid. There are brightly coloured ones for children, and there is the home-made variety, using a kitchen sponge and a rubber band. Some players experiment constantly, always searching for the perfect rest. Others stick with the ones they got as youngsters until the rests fall apart.

For a long time, of course, people managed without them at all. The first mention of any such device comes in Pierre Baillot’s L’art du violon of 1835, where he suggests that ‘Children or young people whose shoulders are not yet broad enough to support a violin, and women violinists who have nothing in their clothing to help them hold the instrument easily and inclined to the right, can fill the space between the left shoulder and the violin with a thick handkerchief or a type of cushion.’

Women violinists of today may have their own views on this, but some teachers do find that a simple sponge pad is best for young children. Caroline Lumsden, director of the String Time programme at Junior Trinity (part of Trinity College of Music in London), used sponges and rubber bands for years with her young beginners. Ron Colyer, a teacher of violin and also of Alexander Technique, is wary of commercial rests for children. ‘I sometimes see very small children with sophisticated rests,’ he says. ‘There is a danger of introducing them too early. It’s very important that the rest isn’t too high. In the first instance, it’s better to have one made of foam.’

Lumsden and Katrin Allott, her colleague at Trinity, give Viva rests to their pupils. ‘The ones we use are strong and adjustable,’ says Allott, ‘and the kids love them because they can be brightly coloured. Not all rests are adjustable enough for very young children.’

Allott monitors her pupils as they grow to make sure they have the right kind of rest, but she suspects that a lot of young players are left to their own devices. ‘Most kids don’t realise how many options are available. I think quite often when they buy a rest they go to the shop without their instrument, and their parents buy it for them.’

Adults buying a rest can still go wrong, says Colyer. ‘When people try out rests, they have this idea that you have to be able to hold the violin with the head while the arm hangs down at the side. But that isn’t a real playing situation. The shoulder girdle is in a completely different situation when you are in playing mode, so if you try the rest by dropping your arm you’re probably feeding into a habit of gripping the violin and excessively raising the left shoulder.’

When more advanced students come to study with Lumsden, they can already be in difficulties. ‘The majority of pupils who come to me, unless they’ve been very well taught, have the wrong shoulder rest,’ she says. ‘It’s usually the first problem I have to sort out.’ Jan Repko, who teaches at Chetham’s School of Music in Manchester, has had similar experiences. ‘Quite often,’ he says, ‘when new students come to me, there are problems with the rest. Sometimes they’re hideously high.’

The reason, Repko believes, is that many young players don’t understand what a shoulder rest is for. ‘A lot of people over-estimate the value of a shoulder rest when they have long necks. But you can make a shoulder rest as high as possible and it is not going to help. The distance that you need to bridge is between the jaw and the collarbone, and the shoulder rest has nothing to do with that. Often the solution is in raising the chin rest a little bit.’

Colyer says the same. ‘The shoulder rest is there to take up space between the head and the shoulder girdle so that the neck is not compressed. It doesn’t completely do that job if you don’t take the chin rest into consideration as well. I have seen a lot of students who come with enormously high shoulder rests that take the lower ribs of the violin off the collarbone. When people have a very high rest it seems to encourage them to yank the shoulder girdle down, presumably by contracting back muscles. Or the head gets pushed back on its pivot on the spine. Worse still, it tends to twist round and cause torsion in the neck.’

Lynne Denig, a violinist and teacher in Virginia, US, has taken consideration of the chin rest further still. In her 20s she suffered from severe shoulder pains, so much so that she nearly had to give up playing. She went to study with the great teacher Paul Rolland, who removed both her shoulder rest and her chin rest and told her to go away and play for a week. ‘My shoulder pains went away, but I was having trouble shifting and doing vibrato. So Rolland took off his chin rest and gave it to me. That was much better.’ He also gave her just an air-filled shoulder pad. ‘My playing really started to change.’

Later she noticed with her own pupils that those using hard shoulder rests were suffering from the same pains that she had had. She now insists that her students play without hard rests, and with violin maker Gary Frisch has developed custom-made chin rests instead. ‘What we find immediately is that there is a change in the elevation of the scroll. With people who were using hard pads the scroll typically cascades towards the ground.’

Colyer has observed that people using shoulder rests compensate for the drooping scroll by pressing down on the rest. ‘That actually requires quite a lot of effort, and it’s inefficient. It seems to me that that tiny bit of lifting of the scroll can be supplied by the left hand without hampering freedom in shifting and vibrato. But pressing down with the head stiffens the neck, and that’s disastrous for freedom of movement. It also causes injury in the long term.’

Nadia Sirota, a violist and teacher in New York, also suffered pain as a young player, this time in her back. ‘Some of my teachers tried to make me stop using a rest. But I eventually found that what solved my back problems was having a pretty high shoulder rest in combination with a pretty low chin rest.’

This is quite the opposite of Denig’s experience. But the most important thing is what works. ‘I have heard people who are both pro- and anti-shoulder rests say the same thing,’ says Sirota, ‘that if you are not comfortable in your left shoulder your hand will be greatly affected. Then shifting becomes a problem, as does generally getting around the instrument.’

There are some stellar names in the anti-shoulder-rest lobby, Nathan Milstein, Jascha Heifetz, Yehudi Menuhin, Pinchas Zukerman and Itzhak Perlman among them. Period instrument players also do without rests. Kate Allott used to play Baroque viola. ‘I spent a lot of time learning to play without a rest. As a Baroque player the chin is on the other side so the instrument is higher on the shoulder, which gives more support anyway. But you have the problem of the angle for the left hand, particularly for the viola, because you push across to your left and then turn in more. You also have to find different ways of changing position. You need a much more mobile left thumb.’

Ron Colyer has had pupils who didn’t use shoulder rests, ‘which seemed to work all right,’ but he is circumspect. ‘I know a lot of the great players of the golden age didn’t use them, but I think they must have been people with superb body use. It conflicts with the shape and size of the modern body. We are bigger