The Alehouse Sessions: works by Playford, Purcell, O’Carolan and Traditional 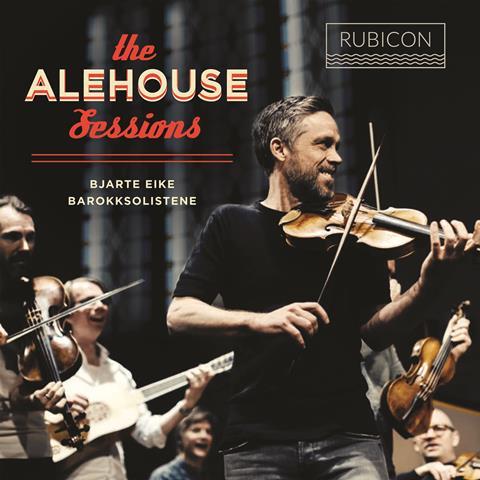 This album from the Norwegian violinist Bjarte Eike and his group of Baroque soloists caused a minor furore when it was barred from the UK specialist classical chart owing to its alleged ‘stylistic impurity’. Leaving aside the ridiculousness of censuring a well-researched, musically insightful project, this constitutes an interesting case study in that it points up the blurred lines between popular and art music in 17th-century England – if it is indeed possible to draw such a division in the first place.  Eike is a charismatic artist with a talent for conceiving imaginative live and recording projects; a previous album with Barokksolistene explored the idea of melancholy across the Nordic cultures, to haunting effect. The Alehouse Sessions, as intimated by the title, is a more raucous affair: a woozy dive into the music of 17th-century England, the world  of Henry Purcell, John Playford’s The English Dancing Master and sea shanties. He leads the line here across instrumental and vocal pieces, bringing a clear, bell-like tone to the dances and ballads, and isn’t afraid to roughen his sound where the style or subject matters require it (The Canadian Set, for example).  The recording is resonant but carries the full ensemble equally (up to nine players in all). Innately theatrical, genre bending and suffused with great musicianship and string playing, this is a substantial and fine piece of work. TIM WOODALL