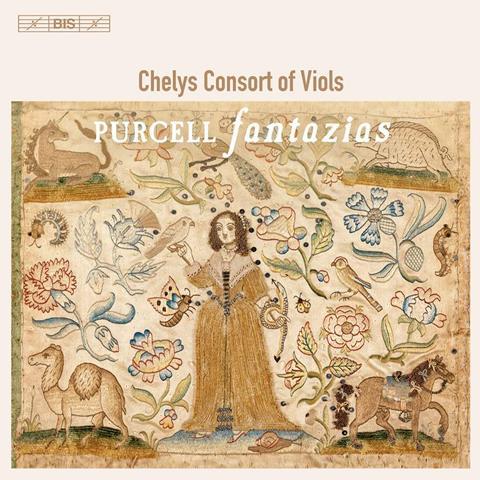 This outstanding collection of 20 pieces by Henry Purcell (consisting mostly of fantasias and In nomines) is the Chelys Consort’s finest recording to date. The haunting sound of gut strings has rarely been captured with such beguiling fidelity, nor the unique tonal proclivities of a viol consort so exquisitely voiced. If in the past, recordings of viols tended to reinforce old pejoratives about the instrument lacking projection and sonority (as if in deference to the sonic amplitude of the violin family), the Chelys Consort relishes its tonal potentialities with an in-depth luxuriousness that cossets the listener in the viol’s unique sound world.

Although the autograph volume of 1680 containing these pieces still survives, incredibly little is known about it, including the instruments for which it was originally intended. As the ensemble’s treble violist Ibrahim Aziz reminds us in his highly informative booklet note, the range of each part exceeds in places not only the standard viols but also the fast-emerging violin family. So, it is most probable (especially given that by 1680 such music was fast going out of fashion) that Purcell intended it, like Bach’s Art of Fugue, as an idealised stylistic summit. Whatever the music’s provenance, it is played here with such devoted skill and sensitivity, it is difficult to imagine it being rendered more persuasively.