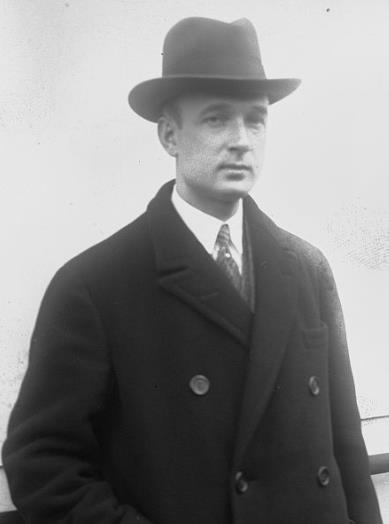 Andrew Watkinson, violinist and teacher at the Guildhall School of Music & Drama, remembers how he met and studied with Joseph Szigeti in 1970:

'I was 16 years old at the time, and I’d secured a university place, but I was looking for something to do as a gap year. Frederick Grinke, my teacher at the time, wrote to Joseph Szigeti and said, ‘Will you teach this pupil of mine?’ By that time Szigeti was 79, but he wrote back and accepted me. He was living in retirement in the French part of Switzerland, and he wasn’t teaching any other pupils. At the time I was young and needed a lot of work.

His obsession when I was there was intonation, particularly on very narrow semitones. In the first lesson I had with him, we spent almost two hours on the first four bars of the Ysaÿe Solo Sonata and Ballade, and it was all about intonation. He wanted extreme narrowness – I wouldn’t be at all surprised if this is something that tends to happen as people get older, and their hearing gets slightly less acute. He was very extreme indeed with what he wanted. In retrospect I would never want to play exactly like that, but I think it pulled me in a good direction, as people generally tend to play in a rather too tempered way for a stringed instrument. I think it should be more extreme.

He also had very strong ideas about rhythm, certainly in things like the Mozart concertos, which I played with him – there was a great emphasis on the energy of the pulse. He didn’t play much in lessons but there was a physical energy in how he’d sing the music and beat time – he didn’t stamp his foot in an aggressive way but there was a feeling of the pulse, the energy, physically in him.

One thing that I observed in listening to his recordings was the way he managed to let the music move forward without it sounding as though it rushed. It’s very easy to let the music fall over itself and get faster. I felt that in his playing there was a forward momentum that always felt quite natural.

Szigeti occasionally phoned me to say, ‘I’m going to practise: come round and listen to me practising,’ which was a painful process. I’m sure the reason he stopped was because of problems with the bow bouncing. Really, the practice would just be a succession of bow strokes which he hoped would stick to the string, but only one in a dozen would. It was really nerve-racking!

If I were to characterise Szigeti’s manner, I’d say it was amiable and friendly, although we certainly weren’t friends! It was quite confusing too – I was at quite an early stage in my playing and one minute he’d be saying, ‘Do you really want to play the violin?’ I probably misinterpreted it at the time – he probably meant, ‘You’ve really got to commit to it if you want to!’ But it seemed to me more like he was saying, ‘Well I’m not sure this is a good idea!’ But the next minute he’d be saying, ‘There hasn’t been a great English violinist since Albert Sammons and you could take the place for yourself.’

I was only there for an academic year. I think the way I benefited most from his teaching was in that I became aware of a higher plane of violin playing and musical aspiration. Because I was so relatively young, it wasn’t something I was able to comprehend at the time: it was something that developed over the years, and from listening to his recordings.'

Read an account by Frances Kramer on Szigeti's teaching methods, in an article from The Strad's November 1965 issue

In the October 2013 issue, violinist Arnold Steinhardt recalls how he spent the summer of 1962 studying with Joseph Szigeti at his home in Switzerland - download through The Strad app.