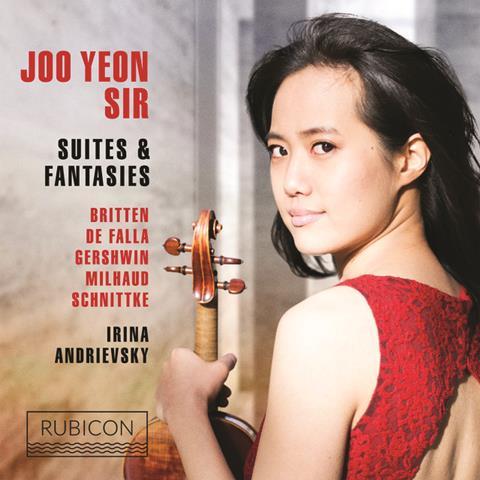 Suites and Fantasies is an aptly broad title for what at first appears a miscellany, but there is a recital-like form if you want to see it. Schnittke’s Suite in Old Style is the ‘Classical’ opener – actually a suite of pre-Classical-style pastiche movements drawn from the composer’s music for films. Unlike, say, a Bach suite, though, there’s little to show off here for South Korean-born London resident Joo Yeon Sir, save for the fragile delicacy she brings to the final movement, ‘Pantomime’. Falla’s Suite popular española takes us arguably from pastiche to parody. The more melancholy songs are on the whole the most successful; the Spanish colouring of the others could be more accentuated. The robust central core of the recital is Britten’s Suite for violin and piano. Sir’s performance points up the work’s dry, alert qualities and she also creates an air of hushed mystery in the central Moto perpetuo. Sir ends on a high with Le boeuf sur le toit, replete with Latin American flavour and an often breathtaking command of Honegger’s wild cadenza. The sound balance, too, is most impressive here. Frolov’s Concert Fantasy on Themes from Porgy and Bess is perhaps the encore, though a substantial one in whose jazzy idiom Sir is clearly at ease.  EDWARD BHESANIA