Study finds music is universal – from the rainforest to the metropolis 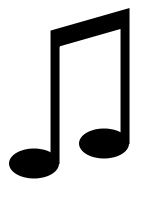 The study, published in the journal ‘Frontiers in Psychology’, tested largely western classical music, including Wagner, Brahms, Mendelssohn and List, and soundtracks from Star Wars and Psycho, on the Mbenzélé Pygmies of the Congo Rainforest, and compared the results to those of a group of amateur and professional musicians from Montreal, Canada.

The participants scored their reaction to each of the 19 extracts with an emoticon ranging from calm to excited. Biosensors also tested physiological responses such as heart and breathing rates and sweat on palms, while further sensors measured facial expressions. The musical excerpts consisted of eleven western pieces and eight by the Pygmies.

‘People have been trying to figure out for quite a while whether the way that we react to music is based on the culture that we come from or on some universal features of the music itself,’ said McGill’s Stephen McAdams. ‘There are certain acoustic cues in the environment that we have been genetically endowed to respond to in preparatory ways. It seems that fast tempo and high pitches and bright timbers tend to do that.’

However, while basic reactions to the works were broadly similar, the Canadians reported a wider range of emotions than the Pygmies, which researchers put down to the role of music in different cultures. Depressing songs play no part in Pygmy culture, for example, which seeks ‘to evacuate negative emotions with upbeat music’.