SPCO musicians to return to work with new contract 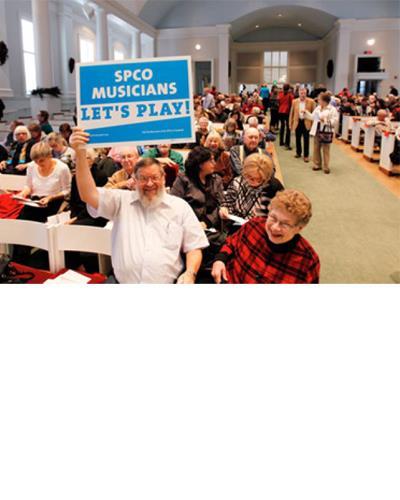 In addition, the musicians’ overscale – payments for additional leadership contributions or special artistic skills – will be cut by 20 per cent, and musicians over the age of 55 will be offered a voluntary retirement buyout of up to $200,000. The savings from the reductions, together with the 191 days of the lockout, will reduce the society’s costs by over $5m by the contract’s end in 2016.

‘We remain deeply concerned about the artistic quality of the SPCO for future generations.,’ said bassoonist Carole Mason Smith, chair of the musicians’ negotiating committee. ‘The vast difference between the new SPCO annual salary of $60,000 and the salaries of other major American orchestras, many of which exceed $100,000, will make attracting such musicians very difficult.’

In a statement, musicians also called for an immediate search for a new president for the society. Since 2011 Dobson West has been its interim president, following the resignation of Sarah Lutman that year. In December 2010 the orchestra announced a balanced budget for the fiscal year; for FY2012 it posted a deficit of $895,000.