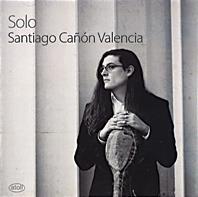 Colombian-born cellist Santiago Cañón Valencia delivers simply tremendous playing on this warmly recorded CD. In fact, I would go as far as to say that he offers one of the most persuasive programmes of solo cello music I’ve heard to date.

Technically flawless, he’s totally under the skin of the composers’ idioms. In Ginastera’s Puneña he is memorably atmospheric, particularly in evoking the timbre of the piece’s ancient wind instruments, thereby bringing a sense of timeless peace. And it is precisely this feeling for time and space that colours all of his performances. He knows how to let tension travel through rests – which are very much part of the music – and he has the confidence and sense of structure to let the music breathe. This is particularly the case in the Cassadó, where he also brings a vivid suggestion of flamenco to the invention.

Ligeti’s Sonata has the necessary gravitas in the ‘Dialogo’, but the ‘Capriccio’ – taken at a brisk pace – is fantastically fluid. Furious in the torrent of motoric invention, Valencia allows the intensity to recede with reflective gestures, only to re-ignite the momentum masterfully. Kodály’s towering masterpiece has the same qualities of space, and Valencia also invokes a mesmerising empathy with the piece’s folk-inspired invention.