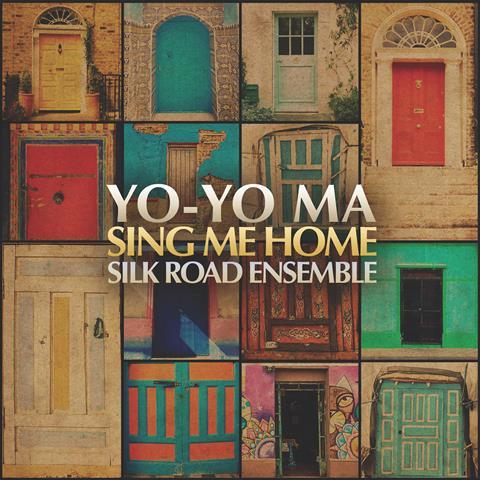 Sheng, shakuhachi and zanfona join forces with violin, cello and clarinet on Sing Me Home, the companion CD to Morgan Neville’s new documentary on the Silk Road Ensemble, The Music of Strangers. Judging from these tracks, all written and arranged by members of the group, this disparate array of classical and traditional musicians from Europe, Asia and America founded by Yo-Yo Ma are still finding joy in the unexpected connections of their music-making 18 years on.

There is music stretching from Europe to the Middle East, from China to the Balkans, as this ‘large and messy multicultural family’ – in the words of producer and violinist Johnny Gandelsman – explore traditions as varied as Irish fiddle music and the Indian raga. Inevitably when these traditions mix they become diluted rather than distilled but the distinct colours of the kaleidoscope of instruments are captured in a very immediate way in this recording.

Although Yo-Yo Ma’s name is writ large on the disc, his role is no more prominent than any other member of the 20-strong ensemble. The only time his cello emerges is in Going Home, a heart-rending arrangement of the Largo from Dvorák’s ‘New World’ Symphony, the lyrics sung alternately in Chinese and English.