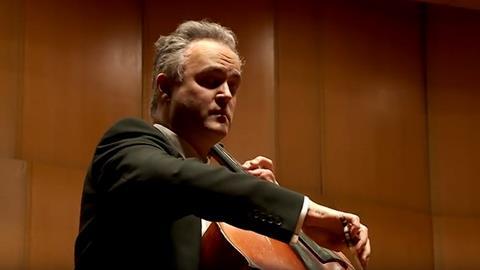 Cellist David Ethève has died at the age of 50, following a battle with brain cancer.

The French-born musician was a founding member of Sinfónica de Galicia in Spain from 1992, and served as the ensemble's principal cellist until the onset of his illness. He was also former director of the group's youth orchestra, and a committed chamber musician and teacher.

Sinfónica de Galicia has written a tribute to the cellist on its Facebook page:

'We wanted to tell you that someone like you never goes away and will always be in our hearts. Your intelligence, your way of playing and understanding the music, your presence on stage, hugging your beloved cello ... (today all the strings of the GSO are broken).

'You did not have to explain to anyone who you were or what you were doing: it was enough to watch and listen; the dedication, affection and devotion for all your students and everything that you have given to us from your principal cello chair, the may groups that you created and led.'