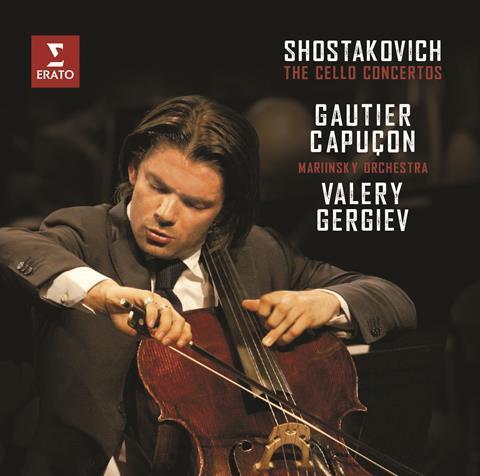 It is difficult for anyone recording these particular scores to ignore the towering presence of Mstislav Rostropovich, for whom both concertos were written and who then went on to premiere and record them to critical acclaim. Gautier Capuçon (see page 32) and Valery Gergiev could have taken the easy way out and emerged with all guns blazing in the First Concerto. Yet they move in almost completely the opposite direction, discovering a chamber-scale intimacy and haunting introspection behind even the most forceful of gestures. Whereas Rostropovich sounds on the verge of emotional meltdown for much of the time, Capuçon weaves a golden thread of noble cantabile, imparting a majestic intensity and tonal refulgence to passages (notably in the finale) that are customarily dispatched with a soundboard-challenging downward thrust.

The Second Concerto is not, in the main, so clearly physically propulsive as its predecessor, and here Capuçon’s relatively understated approach (matched by luxuriant engineering) feels more at one with the music’s unsettling exploration of the dark side of the human psyche. Some may feel emotionally short-changed by the comparative lack of overt cut and thrust from both soloist and orchestra; yet, to this pair of ears, the tendency towards calm reflection rather than borderline hysteria provides a welcome alternative to the interpretative mainstream.