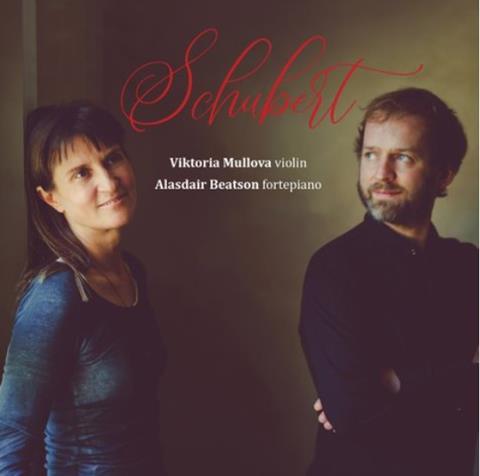 It’s unusual to begin an album review with acoustic, engineering and instruments, but they’re so distinctive here that it feels the place to start. Acoustics-wise we’re in Ayriel Studios, a new chamber-sized studio in North Yorkshire where an intimate dryness emulating the sound of a modest 19th-century salon has been created. To this, add engineering pitted gently but noticeably in Mullova’s favour, which works even over equally weighted close conversation.

I would, however, have enjoyed more fortepiano in the mix at the points where it carries the melody, not least because Beatson produces a vivid panoply of colour from a copy of an 1819 Conrad Graf, whose golden, limpid-toned definition allows for tremendously detailed articulation. There are also occasional moments where Beatson coaxes from it a ravishing cloaked quality, courtesy of its moderator, such as in the distant mistiness of his pianissimo shimmers at the opening of the Fantasie in C major.

Mullova has strung her 1750 Guadagnini with gut and makes the most of that expanded timbral range via readings of uncluttered, Lied-like simplicity and a wide dynamic range. Schubert’s sunshine, fragility and passion are all there. The vocal feel is further accentuated by hers being a far from zero-vibrato approach, but instead using it to create a range of expression.

This could easily become addictive, such is the impression of entering an exquisite older world.