Vivid playing that encompasses a lifetime of a composer’s music 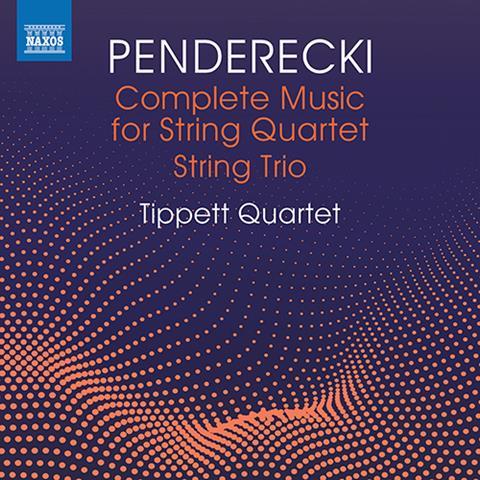 Description: Vivid playing that encompasses a lifetime of a composer’s music

Penderecki’s complete works for string quartet amount to less than 40 minutes of music (the String Trio adds another 13 here), but they span his whole compositional journey, from ground-breaking avant-gardist in the 1960s to much-mellowed 80-something just five years ago. And he can pack an awful lot into the small time spans of each piece. The first two quartets (1960 and 1968) make absorbing traversals of extended techniques, the latter unmistakeably influenced by Ligeti.

A 20-year break then takes us to his one unnumbered quartet, the two-minute contrapuntal miniature Der unterbrochene Gedanke (The Interrupted Thought), and then to his String Trio (1990–91), a vigorous, two-movement work that is more obviously motivic in its construction and travels from dissonance to a hard-won sense of tonality by its end. By quartets nos.3 (2008, subtitled ‘Leaves from an Unwritten Diary’) and 4 (2016, conceivably unfinished), we’re not too far from autobiographical late Shostakovich in manner.

The playing of the Tippett Quartet is fully engaged with everything Penderecki’s music throws at it, from the gestural sonic aphorisms of the early works to the poignant melodising and rhythmic impact of the late ones. And it all comes across with spectacular vividness in this recording, with its generous stereo spread enhancing the interplay between all the different instruments.