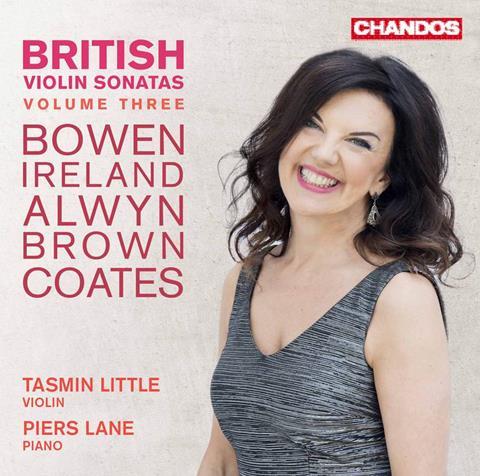 Listening to these dedicated and insightful performances is especially poignant in the wake of Tasmin Little’s decision to retire from the concert stage. None of these pieces are well known, yet these gifted artists create the impression of having been playing them for years. Hearing Piers Lane launch fearlessly into the arresting opening of Bowen’s op.112 Sonata and the way Little then surges along with uncontainable bravado until they both magically relax into the first movement’s secondary material, makes one wonder, amazed, at how this glorious work isn’t a regular concert item.

No less intuitive is the way they capture the emotional ambivalence of Ireland’s Second Sonata (completed during the Great War), which brings passages of searing intensity and reflective nostalgia within terrifyingly close proximity. They also bring a welcome gravitas and expressive candour to the central Adagio of Alwyn’s Sonatina and shape Coates’s enchanting First Meeting (a viola original) with engaging freshness – Little’s trademark soaring cantabile proves especially potent here. Just as valuable is the premiere recording of The Hart’s Grace by James Francis Brown, a glowing miniature of ear-tweaking invention, composed especially for Little in 2016. Resplendent, impactful, immaculately balanced sound from Rachel Smith and Jonathan Cooper frames these wonderful performances to perfection.