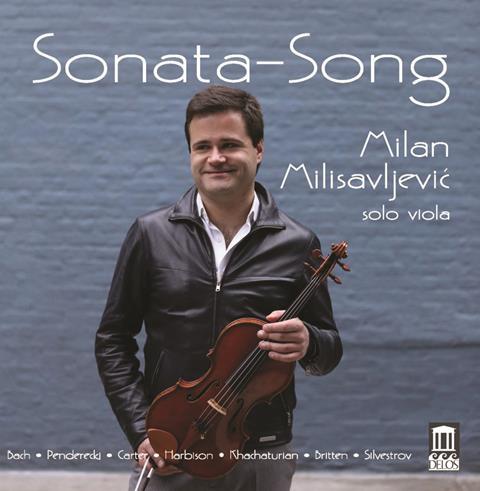 The CD begins with Bach’s Chaconne, where Milisavljević breaks the opening chords in a broad manner, acknowledging, as he does throughout his reading, the small but subtle differences between viola and violin, and always allowing enough time for each note to speak.John Harbison’s Sonata is an early piece that uses a language of extended tonality not unlike Hindemith’s, and is equally well suited to the instrument (Harbison is a violist himself). Milisavljević gets completely into the spirit of the piece’s very different movements. The solemn chordal writing of the opening, the scherzo’s spikiness and the inwardness of the two slow movements – the final one rather reminiscent of its opposite number in Hindemith’s op.25 no.1 – are beautifully realised and welded together into an impressive whole.

I would have liked Milisavljević to make more of what in his engaging liner notes he calls the ‘head-banging moments’ of Carter’s composition, but I have nothing but praise for his tonally most alluring renditions of the shorter pieces that complete this vividly recorded CD.