Suave performances and a rare coupling lift this Vivaldi warhorse 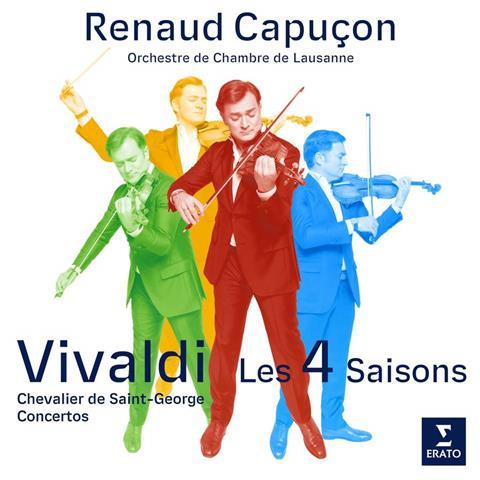 Renaud Capuçon’s Four Seasons are of the straightforward variety, with little or no decoration, elaboration or dramatic mugging. The playing is excellent from everybody. ‘Spring’ is bright-eyed, replete with happily tweeting birds; the Largo is a serene, glistening evocation of a sleeping shepherd, while the final Allegro is clipped and courtly. In the dozing Allegro non molto of ‘Summer’ there are more fine birds, an energetic cuckoo and some crystalline depictions of turtle doves and goldfinch. The storm is violent indeed, and Capuçon paints an expressive, pliant picture of the weeping shepherd boy. In the fierce final Presto he bites and snarls. ‘Autumn’ abounds in pristine articulation and rhythmic vitality as people variously get merry and embark on some energetic hunting. In ‘Winter’ Capuçon and his colleagues again resist the urge to over-pictorialise. The Largo is played with simple grace; Capuçon brings a touch of rubato to his careful walking on ice, and sets off like the clappers when the violent winds arrive.

The two Chevalier de Saint-Georges concertos, suave, gracious and elegantly played, prove good companions for Vivaldi, particularly when Capuçon introduces those turtle doves and goldfinch into the slow movement of the G major. There is plenty of challenging writing, which Capuçon dispatches with unassuming virtuosity. The recording is bright and forward.