Charismatic performances capture the folky melancholy of these piano trios 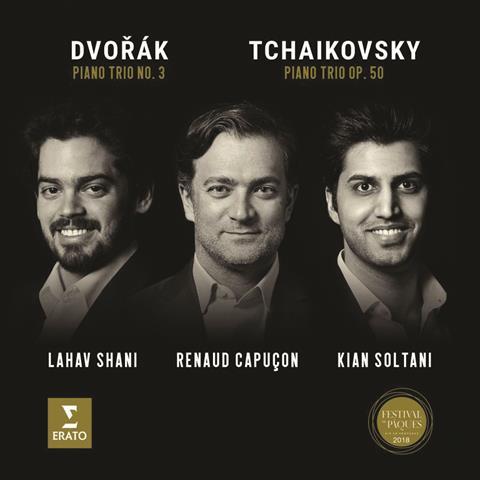 The pianist often predominates in Tchaikovsky’s op.50, but Shani, Capuçon and Soltani perform the work with commendable balance and unity of purpose, admirably capturing the shifting moods of its powerful opening sonata movement and skilfully characterising its successor’s diverse variations on a simple, folksy theme.

Although they nod to custom by making various cuts (the fugal eighth variation, for example), there is nothing routine about their interpretations. Especially remarkable are Shani’s rippling virtuosity in the third variation, his musical-box impersonation in no.5, the grand waltz character of no.6 with Soltani well to the fore, and the intensity of no.4, with Capuçon at his most charismatic.

The contrasting emotions of the lengthy coda, including the haunting recall of the work’s opening themes and the additional sombre funeral march idea, are also sensitively conveyed.

These performers are equally proficient at communicating the emotional and dramatic weight of Dvořák’s ‘symphonic’ op.65, not least its virtuoso opening movement (particularly the powerful coda) and its final furiant.

They also excel in the work’s more relaxed, lyrical moments, such as in the second movement’s central folk-like trio and the opening of the melancholy Poco adagio, where the colours of the stringed instruments are all perfectly blended. The recording is exemplary.