O/Modernt: From the Ground Up/The Chaconne

Readings, rap and remixes – but it’s all about that ground bass 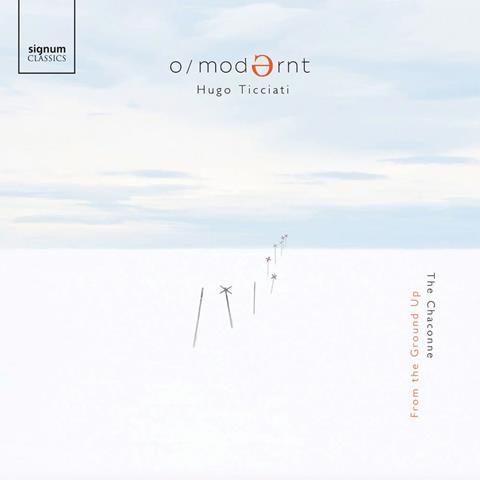 O/Modernt: From the Ground Up/The Chaconne

Description: Readings, rap and remixes – but it’s all about that ground bass

Intent on ‘breathing new life into works of the past… as expressions of the present’, O/Modernt examines and elaborates upon the chaconne, from early Spanish examples through to Bach and beyond. Of flexible constitution, it combines largely accomplished accounts of selected chaconnes and associated readings, rap, remixes and improvisations, which emphasise ‘the sovereign role accorded to breath in the album’.

The centrepiece is Hugo Ticciati’s competent, if uninspired reading of Bach’s Ciaccona for solo violin. Ticciati also leads an unusually brisk account of Purcell’s Chacony and contributes to three pertinently titled, imaginatively realised improvisations, as well as Johannes Marmén’s Inside One Breath, notable for its improvisatory elements and unfamiliar tactile sounds. A modernised version of a chaconne by Pellegrini, one by Piccinini for theorbo, one by Bogdanovic for guitar (Suite Brève) and two melancholy Spanish pieces for mezzo soprano, two guitars, gamba and percussion are topped off by a group of three Purcell remixes for piano, electric bass and percussion. Interweaving diverse styles, readings and rapping on topical issues such as love, war art and politics (including Brexit and the Trump presidency!), these remixes epitomise O/Modernt’s objective of creating new from old. An intriguing, well-considered issue, but the performances and recordings are variable.