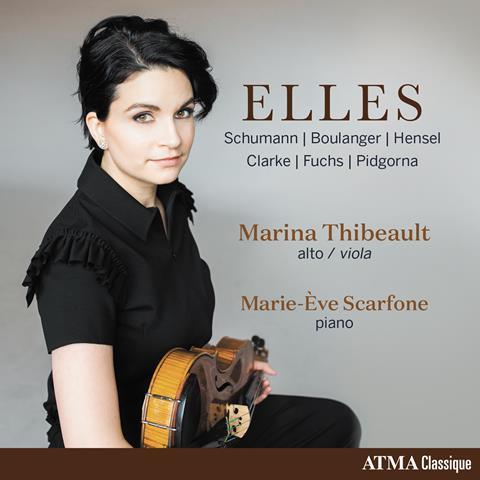 A slight reshuffling of its contents would have made this lovely programme of compositions written by women from three centuries even more effective as a recital. The ethereal harmonics and eerie ponticello sounds of Anna Pidgorna’s unaccompanied The Child, Bringer of Light (2012) would have made for a nice contrast placed among the darkly Romantic effusions that constitute most of the bill of fare, rather than at the end, where it comes as a bit of an afterthought.

Requiring only minimal adjustment, these charming miniatures benefit from Thibeault’s plangent tone and expressive phrasing. The soloist’s grasp of long-term structure and rhythmic assurance keep Lillian Fuchs’s potentially rambling unaccompanied Sonata Pastorale (1956) firmly on its tracks; the piece’s ‘semplice’ atmosphere is nicely caught, much being made of its sonorous drones.

Rebecca Clarke’s Sonata receives a somewhat understated reading; one could have wished for a more expansive interpretation of the final Adagio, but tempos are finely gauged, and Thibault exhibits a crisp spiccato in the piece’s central Scherzo. Warmly recorded in Domaine Forget’s concert hall (Québec), the recital ends – in my personal reordering! – with Fanny Hensel’s setting of a Goethe poem as a melodious encore.