Bruce Hodges gives his views on the performance at Orchestra Hall, Minneapolis, on 5 March 2021 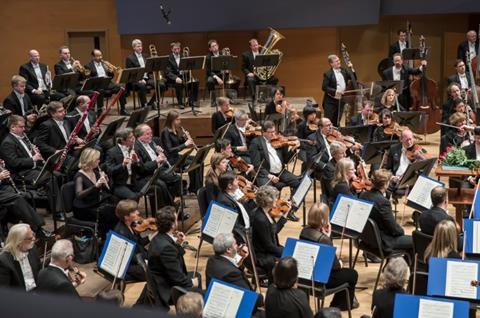 In an evening focusing on the Minnesota Orchestra’s strings, violinist James Ehnes was the headliner in Prokofiev’s Violin Concerto no.2, with conductor Juraj Valčuha. Like many ensembles, the orchestra has cautiously resumed events in its own hall, live streamed and archived for later viewing.

Masked, along with everyone else on stage, Ehnes roamed through the composer’s moody ruminations with naturalness and obvious affection. The mercurial first movement alternated between sweetness and fury, both of which the violinist navigated with calm precision. The lyrical moments, in particular, glowed with the ardour of a musician who knows that Prokofiev is much more than a spiky iconoclast. At the interval, video footage of Ehnes practising alone (presumably in his elegant home studio), somehow underlined the isolation of the past year.

Before that came two addictive works by composer and violinist Jessie Montgomery. Voodoo Dolls (2008) is furiously rhythmic, based on West African drumming patterns. Of the composer’s arrangements, Minnesota featured a quintet, opening with percussive tapping on the wood of all five instruments. In contrast, Source Code for string quartet (2013) was influenced by dirges. The work begins with broad unison strokes (in this case, a beautiful intonation barometer), which the four Minnesota players executed with calm ease. The bluesy, mournful glissandos eventually reunite in a unison phrase that mirrors the opening.