Graceful performances of concertos from a Czech contemporary of Mozart 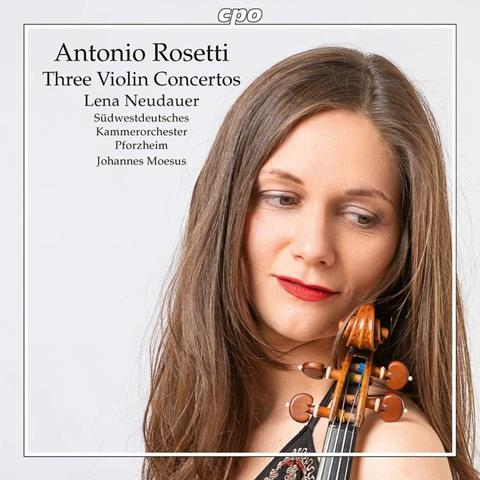 Description: Graceful performances of concertos from a Czech contemporary of Mozart

Since making her superb debut album of Ravel on Hänssler (reviewed in January 2013), Lena Neudauer has become an experienced recording artist. She has not always received the alert partnership that she deserves – her 2014 set of Mozart concertos was restrained by dull and sluggish accompaniment – but the experienced Johannes Moesus has the measure of his live-wire soloist, as Marcus Bosch did in Neudauer’s refreshing account of the Beethoven Concerto, also on CPO.

Appropriately for a one-time teenage winner of the Leopold Mozart International Violin Competition, Neudauer is right at home in this trio of concertos by a Czech-born contemporary of Mozart, though she now dares to put a little more tonal flesh on the bones of her part than in 2014, without obscuring some needlepoint cantabile or passagework of exceptional grace and agility. The opening C major features the most brilliant writing and some dreamily elaborated trills, while a sombre D minor Andante moderato in the F major Concerto briefly ventures beyond Rosetti’s habitual realm of unclouded serenity.

Neudauer resists the temptation to lay on the rustic character of the same concerto’s finale with a trowel; listening in deep midwinter, the album arrives like a postcard from the summer to come, promising happier times. One or two edits caught my attention on headphones, but the engineering is otherwise sympathetic. My only complaint is that there was room for another concerto.