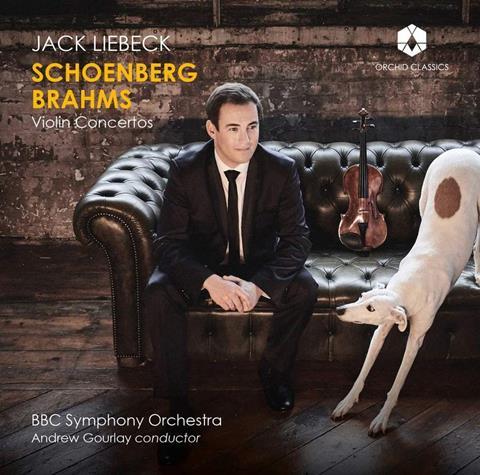 Jack Liebeck plays with focused clarity in the first movement of Schoenberg’s Concerto, as the multiple stoppings proliferate and the harmonics head skywards, and he brings a Puckish exuberance to the dancing, disjointed rhythms. There is a questioning air to the fiendish cadenza and he tackles the equally taxing quadruple-stopped chords which follow with aplomb. In the Andante Grazioso he carries the lyrical line through all its angular leaps and is very much first among equals with the always superb players of the BBCSO, in what is often virtually chamber music. The finale is at times almost an extended, occasionally accompanied, cadenza, which Liebeck despatches triumphantly.

If you just let the CD continue, the opening of Brahms’s Concerto presents something of a culture shock. The first movement is spacious, with ravishing tone from Liebeck, who allows the music to unfold with sure-footed narrative certainty. He performs Kreisler’s cadenza not just as a virtuoso showpiece but with the musical sensitivity it deserves. There is subtle rhythmic freedom in the slow-movement melody, with a kind of confidential parlando to follow, intimate and graceful. The finale has a lightness in its step to complement its grandeur. The recording is warm and well balanced, and gives the orchestra its due.