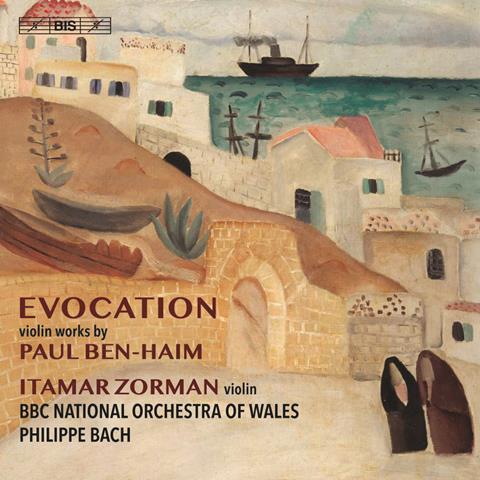 The Strad Issue: June 2019
Description: A rewarding recital of music by a middle-eastern emigree

Having left his native Germany after the Nazis’ rise to power in 1933, Paul Frankenburger started a new life in what was then the British Mandate of Palestine, adopting the name of Paul Ben-Haim. All the pieces included in this stunningly recorded SACD post-date this momentous event by some years and illuminatingly chart the composer’s continuing preoccupation with Middle Eastern music. The earliest work here is the Berceuse Sfaradite from 1945 (recorded by Itzhak Perlman on one of his first recitals); its harmonies reminiscent of Fauré make for a fascinating contrast with the Songs without Words from 1951, by when the folkloristic inflections thoroughly imbue the whole musical fabric.

This project has obviously been a labour of love for Itamar Zorman, whose playing – on a 1734 Guarneri ‘del Gesù’ – is technically impeccable. Zorman is attentive to the music’s humorous moments – say, in the Ballad from Songs without Words – but also achieves great expressive heights, while being always conscious of a piece’s larger shape. He and the BBC forces under Philippe Bach hold convincingly together the huge arcs of Evocation, a 20-minute lament written in 1942, and of the slightly longer Violin Concerto from 1960, a most successful synthesis of the Western and Middle Eastern musical idioms. Ben-Haim’s late (1981), unaccompanied Studies are more stern stuff; they include that most European of compositional traits, a fugue, in which the German musician, as it were, looks back to his roots. A rousing Toccata, skilfully arranged from a piano showpiece, brings this rewarding recital to its exciting close.