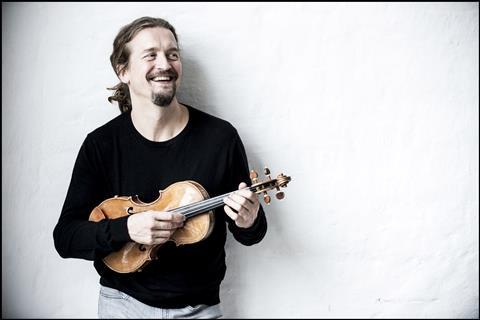 The Tetzlaff–Vogt duo may have won a broader audience with a widely viewed double disaster averted by a cool-headed page-turner at a recital in Bremen, but the musicians’ talents run deeper than a viral video can convey. Christian Teztlaff’s programme, featuring two major 20th-century works, was as unconventional as his myriad, often anti-violinistic, timbral colours were mesmerising. For sure, this helped nudge Beethoven’s Violin Sonata in A op.30 no.1 to sublime heights. There was extreme elegance in the first movement, and the slow movement was not so much played piano as daringly crafted out of silence. Lars Vogt was Tetzlaff’s equal as an arbiter of pristine early Classical style.

The two newer works further showcased the violinist’s intensity of expression. Amid the effects and extended techniques of Lutosławski’s Partita, Tetzlaff searched for both an inherent lyricism and a statement of intent, culminating in a propulsive Presto movement. In ‘Öd und traurig’ (‘Empty and Sad’), the first of György Kurtág’s Tre pezzi op.14e, he was comfortable barely colouring the piano’s resonances. The pppp last piece, ‘Aus der Ferne’ (at times almost unbearably fragile), floated as if blown, not bowed. If Franck’s Violin Sonata came as a disappointment from both players in stylistic terms – sounding neither French nor German-French – it was perhaps because the bar elsewhere had been set celestially high.