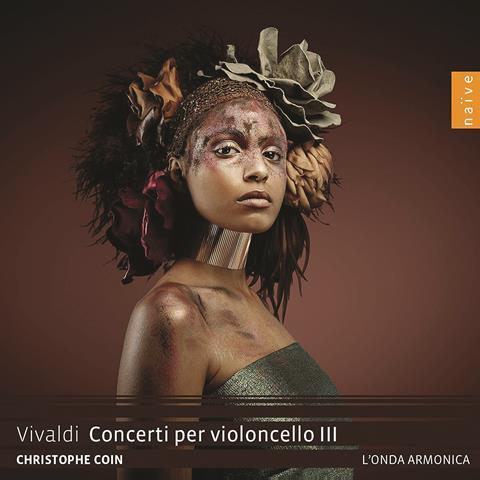 Christophe Coin’s third concerto set for Naïve’s Vivaldi Edition offers six works of contrasting character and invention. He plays most on his mellifluous c.1720 Alessandro Gagliano but uses a four-stringed violoncello piccolo in RV415. The sonic colours of an expansive continuo group, including even a mandolin in the outer movements of RV400, complement the alert strings of L’Onda Armonica.

Coin plays these concertos with style, virtuosity and commendable freedom of expression and timing, exemplified especially in the opening Allegro of RV423. His solo passagework is precise, agile and often lightly bowed, as in the Allegro of RV415, and he shapes Vivaldi’s sequences with musical logic and purpose. He demonstrates an affecting awareness of these works’ lyrical content, in fast movements such as the Allegro of RV400 as well as in the heartfelt Affettuoso of RV404 and the Adagio of RV420, the latter’s two lyrical solo episodes framed by the ritornello’s mordant dotted rhythms. The dance influence in RV400 is clearly conveyed and the fugal finale and solo episodes of RV415 are wonderfully exhilarating. Tempos are largely well judged, even if speed limits are challenged in RV400’s minuet-modelled finale and the final Allegros of RV407 and RV420. The recording is full, bright and expertly balanced.