Rare musical instruments may be better preserved away from museums

Lack of conservation resources and pressure to restore them or perform on them can put historic instruments at risk, argues Stewart Pollens 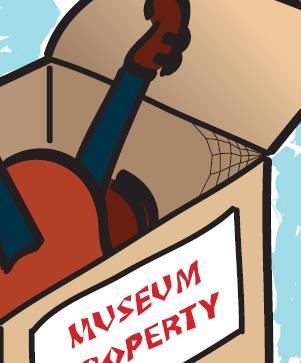 Webster’s dictionary defines museums as ‘institutions devoted to the procurement, care, and display of objects of lasting interest or value’. However, after many years as a museum-based conservator of musical instruments and visitor to collections all over the world, I have come to the conclusion that most musical instrument collections are at variance with this definition. Their greatest failure, I believe, is the result of a flawed procurement process: because of a lack of clear acquisition goals and dedicated funds, many instrument collections have been amassed largely through random donations rather than through a deliberative process by staff curators. While there is no denying that museums house a vast number of important instruments, many institutions have become repositories for instruments discovered in attics or cellars.

Another failure is the acquisition of instruments with little regard to their condition. Given the limited resources of most of these institutions, the vast majority of their holdings will never be restored – and were they to be, there would be little point in exhibiting them. Unfortunately, the de-accession procedure generally involves considerably more administrative work than the accession process, so the situation is not likely to improve.

In recent times, museums have moved away from what I believe is their primary responsibility, which is the preservation of important artifacts, in part because of their increased preoccupation with fundraising and public relations. A number of museum administrators now recognise that their musical instrument collections can be put to use to raise funds through concerts, and instruments with the greatest historic value often pay a dear price as a result of excessive and indiscriminate use. Fortunately, some curators and  conservators have had the good sense to resist demands that they restore certain important instruments in their collections. In 2002, the curatorial staff of the department of musical instruments of the Galleria dell’Accademia in Florence went to the effort of organising an international symposium to weigh the merits of restoring a newly discovered 17th-century spinet harpsichord by Bartolomeo Cristofori; as a result, the Accademia decided to forego restoration and use a replica in public concerts. The Hungarian National Museum, however, apparently bowed to pressure and had Beethoven’s own Broadwood piano restored by an outside firm with corporate sponsorship; the piano was subsequently sent on a risky whirlwind concert tour throughout Europe in 1992.

In major art museums, conservation is a serious undertaking: in-house laboratories analyse materials and assist in authentication and treatment, there are X-ray machines for studying the internal structures of objects, controlled lighting for doing accurate retouching, fume hoods and extractors for working with noxious solvents, and a host of other amenities at the disposal of the conservator. In most musical instrument collections, however, such facilities do not exist. In collections without a dedicated conservation staff, local instrument makers, repairmen and tuners are generally brought in, or the instruments are sent out, to prepare them for performance, display and general maintenance. Thus, musical instruments in museums are often subjected to the same glue-and-fix-it approach that they might encounter in a commercial repair shop.

In light of these facts, one may well ask whether museums are suitable environments for the preservation of musical instruments. While some collections are ably administered, I feel that most instruments would be better served if they were shielded from the pressures facing modern museums. One solution would be to remove them from the museum setting and house them in study-storage facilities, where they could be safely conserved yet remain accessible to musicians and researchers.

This article was first published in The Strad, September 2009. For more comment and debate subscribe to The Strad or download our digital edition as part of a 30-day free trial. To purchase back issues click here.