Violinists should practise for no longer than two hours per day – D.C. Dounis

For 20th-century pedagogue Demetrius Constantine Dounis, the secret of good technique came from developing the brain and memory, as well as the arms and fingers writes James Dickenson 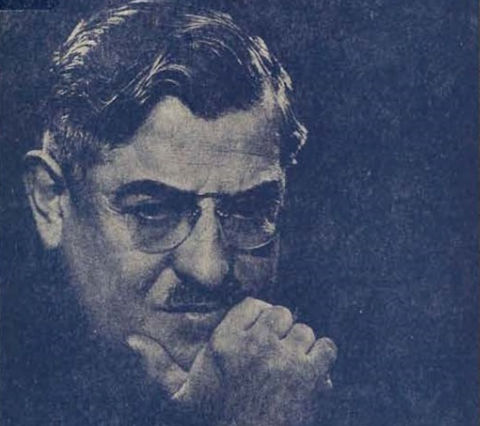 The following is an extract from The Strad’s August 2020 issue profiling Greek violinist and Demetrius Constantine Dounis. To read in full, click here to subscribe and login.The August 2020 digital magazine and print edition are on sale now.

Central to Dounis’s teaching is the concept that one needs to train the brain and the memory, not just the arms and the fingers. As he writes in the opening of his first major work, The Artist’s Technique of Violin Playing:

The true technical training of the violinist is not merely a training of the arm and the fingers but, principally, a training of the brain and the memory. The fingers and the arm should obey perfectly the intention of the player in order to be able to perform any movement with complete mastery. To accomplish this, a distinct and clear picture of the movement should be first impressed in the memory and then reproduced at any given moment under the impulsion of the brain. What we call technique is nothing but a series of brain reflected movements.

In order to achieve this the player has to change the way they approach performance and practice. Not only should they practise as if they are performing (always with an active mind), but they should consciously avoid the dry and dull repetition that is so common, namely of scales and exercises. Dounis believed that this type of study was worthless and would test the patience and stamina of most players. Additionally, practice should not be long – no more than two hours a day – and it does not matter if players do no practice on some days. He believed that if the mental picture is strong enough and players have exercised the muscles in the right way they will not forget how to use them: in fact, rest might help.

In support of this argument he raises a salient point, again in The Artist’s Technique:

This procedure [repetitive practice of scales and studies] explains why after years of intensive study, there are very few violinists, very few indeed, who acquire an infallible technique.

If we pause for a moment, we can see how right he was, and that the trend continues to this day: considering the thousands of hours many of us have dedicated to ‘learning’ the violin or viola, have we achieved enough? In any other field, one would expect to be a world leader after that amount of effort. Consider what Dounis says here, too:

To play a scale as it should be played means complete mastery of shifting and of the vertical and horizontal finger movements […] Yet, most violinists use a directly opposite approach: THEY START THEIR DAILY PRACTICE BY PLAYING THE SCALES, INSTEAD OF BEGINNING WITH SHIFTING AND FINGER EXERCISES. THIS IS ABSURD.

This is not to say that Dounis did not advocate scales. He did, and in fact he wrote the scale book Essential Scale Studies op.37 (1947), in which he states that scales should be used primarily to develop perfectly even and rhythmic fingers – not to improve shifting, as is so often advocated. Consequently, his scale manual contains only two-octave scales; however, each key has five different fingerings, all of which must be played with equal ease and phrasing (example 1).The manual also features scales on one string, and annotations in a copy that belonged to one of his students show that he recommended that these be practised with trills (for evenness) and in fingered octaves.

Obviously, such exercises involve a good deal of shifting, but Dounis intended that the mechanics of shifting be developed in other exercises, which are found in The Artist’s Technique and in his other 1947 book Change of Position Studies op.36 (published as a companion volume to The Development of Flexibility in Violin Playing op.35 (1945); example 2).