Ahead of Sheku Kanneh-Mason’s new album Song, pianist, composer and arranger Simon Parkin talks about the process of arranging works for cello ensemble 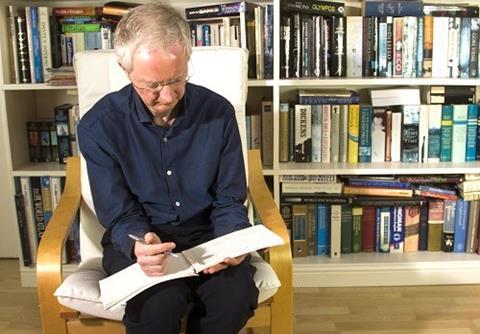 As a pianist, composer and arranger I feel privileged to have been invited into the inner sanctum of string playing to share some thoughts on composing and arranging for the cello.

Through my marriage to the cellist Hannah Roberts (first piece of advice to anyone serious about writing for the cello: marry a great cellist!) and my more recent professional relationship with Sheku Kanneh-Mason, I have been able to develop a nice range of techniques, had the opportunity to learn from my mistakes, and feel I am now in a position to be able to distil a few generalisations.

As an arranger, there are basically two ways to tackle a new commission, and it’s important to find out which approach the player has in mind. You can stay as close as possible to the original in sound, texture and atmosphere, or you can rework and reinterpret with varying degrees of creative freedom. The more the commissioner trusts you, the more freedom you can have, which is why it’s important to collaborate closely at the beginning, show work in progress, and take advice on board.

My arrangement of Edward Elgar’s Nimrod for five cellos (with a sixth reserved for a bottom Bb in the very last chord) was the first arrangement I did for Sheku. There was very little rewriting involved since the chorale-like orchestral texture translated easily for cello ensemble.

The cello is the only instrument that encompasses the entire range of the human voice (low C is the darkest Russian bass-note, high C near the top of the coloratura range), and I find it useful to imagine bass, tenor, alto and soprano sounds from the cello, differentiated and blended simultaneously, as in a great choir. The full-throated soprano, which Sheku deploys movingly in this performance, is really effective here. In an orchestral context it’s much more rarely used, seen as an intrusion into violin territory and carrying risks of intonation embarrassment when played as a section.

The great dynamic range of the ensemble is also effectively used in this performance—the multi-cello ensemble can generate a unique intensity. The choice of key (Bb major) was important here. In the original Eb major, Sheku would have had to play in an unfeasibly high register (even for him!), or an octave lower, considerably reducing the power of the climax. I felt it needed to be in a flat key. Even with such excellent players, too many open strings in an arrangement give a brightness to the sound that we didn’t want in such a warmly expressive piece.

The final detuned Bb (a little reference to the Schumann piano quartet here!) was a small joke—many of the comments on the YouTube video of this performance noticed the player sitting inactive for virtually the whole piece, and wondered if he was paid the same as all the others. When we did Nimrod for the Paralympic Homecoming ceremony in 2020, I was asked to give cello six more to do and therefore added some doubling pizzicato and filled out a few more chords.

Nimrod was a relatively straightforward arrangement to do (you often find that the amount of attention and praise you get for something bears little relation to the amount of work you had to put in!). Fauré’s Elégie, also for Sheku’s Elgar album, was much more challenging. This time, I arranged the piece for ten cellos.

Having played the original piano part many times, I relished the opportunity to bring out inner voices and little shapes that I had discovered in performance. Some of the challenges were immediately clear, particularly in the middle section. The demisemiquaver piano figurations could easily clog up the texture in the mid-register of the cello, and some of the melodic writing in the piano part is distinctly flute-like, and too high for the cello. Sheku took on the high-lying second theme himself as well as his duties as solo cellist and did a stunning job!

Thanks to the diligence, patience, and skill of this ensemble, I feel that in this recording they balanced and judged the complicated textures with an effectiveness beyond my expectations. Listen out in particular to the figurations in the climactic return of the main theme.

It’s important, I think, for anyone writing for cello to immerse themselves in cello music, particularly the sound and voicing of harmony-based figurations. Virtuoso cello writing, from the major concertos, and from studies and character pieces from cellist-composers such as Piatti and Popper, is an incredibly rich source of ideas and inspiration.

Parkin’s arrangements of Villa-Lobos’ Prelúdio (Modinha) W.246/2 from Bachianas brasileiras No.1 and Friedrich Hollaender’s Falling In Love Again are on Sheku Kanneh-Mason’s new album Song which was recently released by Decca Classics.

Read: Songs without words: arranging popular classics of Azerbaijan for violin and guitar

Read: David Garrett: ‘Even if you’re arranging Metallica or Iron Maiden, there needs to be a sense of classical culture’