For the Finnish cellist, Magnus Lindberg’s Cello Concerto no.2 embodies his lifelong working relationship with the composer, through a complex set of emotions 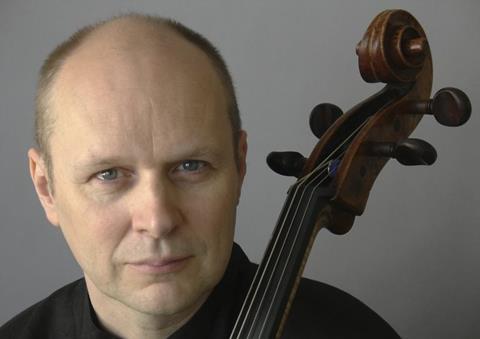 I’ve known Magnus Lindberg since the late 1970s when we were students together at the Sibelius Academy in Helsinki. I first knew him as a pianist who also studied composing, and little by little the composing side took over. After graduating we performed together in Toimii, a new-music ensemble where the rehearsals were a mix of combining existing pieces with improvising around them. Together we discovered many things about what contemporary music can be, and which directions we could take. Magnus wrote his first cello piece for me in 1984 and still consults me whenever he writes something for cello, whether it’s a sonata or a solo in an orchestral piece. So after 30 years of collaboration our relationship feels so symbiotic.

Magnus’s Second Cello Concerto is an excellent example of what can happen when two people work together for so long. Its genesis was in a commission from the 2006 Santa Fe Chamber Music Festival, for a piece for cello and piano. Magnus is often very late finishing his pieces and I received the score in Santa Fe, four days before we were due to premiere it. But I wasn’t worried: I knew his music so well that I was sure we could manage it. When we started rehearsing, though, Magnus kept on revising it, adding little transitions, and also commenting that the piece ‘really needs an orchestra behind it’. For me it was already a piece I loved – I was curious as to what Magnus could do with it, but I knew it depended on whether it might be commissioned.

In 2006 Magnus told me he’d already started to orchestrate it and add more music to the start, but it wasn’t until 2013 that anything came of it. I was booked to give the premiere of Oliver Knussen’s cello concerto with the Los Angeles Philharmonic under Esa-Pekka Salonen (another member of Toimii). Sadly, in June it became clear that Knussen wouldn’t finish the concerto in time, so I suggested that Magnus try to finish his instead. The deadline was 1 September, incredibly short for a concerto, but I remember opening the score for the first time on exactly that date – I couldn’t keep the tears from my eyes. That moment felt like the culmination of so much emotion and drama, as well as the encapsulation of my long relationship with Magnus.

The concerto itself is dramatic and emotional – not a word usually used when describing Magnus’s music. But I feel as though the music is part of me. When looking at that score, and when playing so much of what Magnus writes, I feel as if my emotions are taking over. It’s the same if I play music by Kaija Saariaho or any of my dearest friends: I associate them so closely with their music, it instils in me a unique range of emotions, the kind of feelings that exist only in the world of abstract music. They don’t have a verbal equivalent: that is why we need music.

If someone asks me for advice on learning a new piece by a living composer, I always tell them to listen to, and learn, as many of the composer’s other works as they can. For Magnus’s music especially: he so often uses memories of his earlier pieces, it’s even more important to be aware of what’s come before, and how his style has evolved. I get the feeling that with each subsequent piece the layers become deeper and the style more crystallised. It’s funny – in the past decade, reviewers have been saying his work is becoming more consonant, more Romantic, with names like Ravel bandied about. I can see they’re all commenting on the surface layer, not grasping the deeper meaning that comes from performing it!