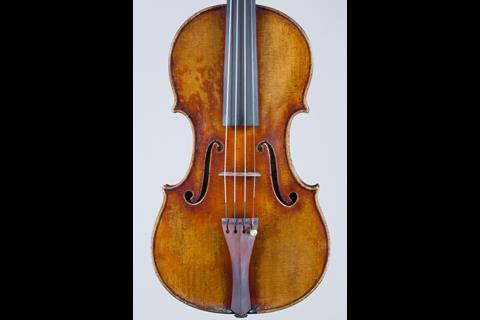 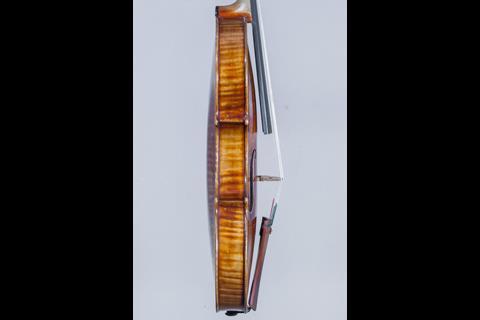 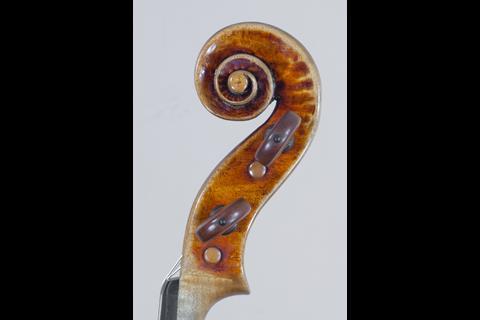 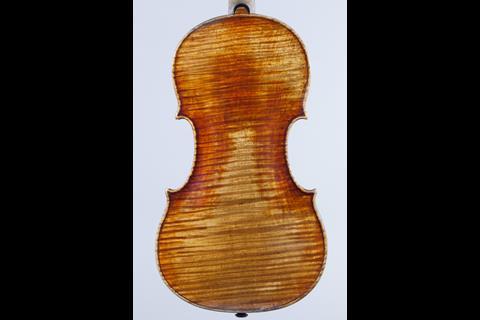 Check out photos of Sam Zygmuntowicz’s copy of the 1740 ‘Ysaÿe’ Guarneri ‘del Gesù’ violin, played by our November 2021 cover star

The following extract is from The Strad’s November 2021 issue feature ‘Chad Hoopes: State of Independence’. To read it in full, click here to subscribe and login. The November 2021 digital magazine and print edition are on sale now

I was playing on a beautiful Stradivari (the ‘Cooper, Hakkert, Ceci’ of 1713) for about ten years, gave it back and began searching for a new instrument. I played on several beautiful instruments but I think part of my process as an artist is finding something new and fresh, and going about things a little differently from the way that other people do. I have my own path.

I came across an instrument by Sam Zygmuntowicz. By chance, I met him at a dinner party and he had an instrument with him. I tried it and fell in love with it in about five minutes because there were so many things I could do, so quickly, that I wasn’t able to do on an older instrument. There was an ease and an immediacy, so many qualities that I loved. So I said, ‘I want to buy this!’ He replied, ‘Slow down. It’s not for sale – it’s my personal instrument.’

It happened to be the violin he made for Isaac Stern in 1991, a copy of Stern’s ‘Ysaÿe’ Guarneri ‘del Gesù’ of 1740. But he said, ‘Let’s talk; I’d love to make you a violin.’ We kept in touch for a couple of months, but it’s tough when somebody makes you a violin. There are a lot of unknowns about that process: you don’t know if you’re going to like it, and if there’s a waiting list it might mean not getting a violin for five years or more. And in this case it was going to take that long because he has a huge following and a huge list of people for whom he’s making beautiful violins. So I said, ‘Are you sure I can’t play this violin that you already have and I love?’ I bugged him about it for a while, and finally he said, ‘OK, you can buy it.’ I bought it in 2016.

It’s cool that there’s this kind of historical element to this instrument. I also have a 1766 Giovanni Battista Guadagnini, my first major instrument (which has undergone a full restoration by John Becker in Chicago), and two beautiful bows: a Tourte and a Dominique Peccatte. The Peccatte was one of Arthur Grumiaux’s bows.

Read: Chad Hoopes: ‘I want to pass along the knowledge and the influences that I have had’