Movement in the bow hand and wrist, by violin professor Boris Kuschnir

Kuschnir is professor of violin at the Music and Arts University of the City of Vienna, and University of Music and Performing Arts Graz. Here he explains how to master control of your sound through correct use of the bow 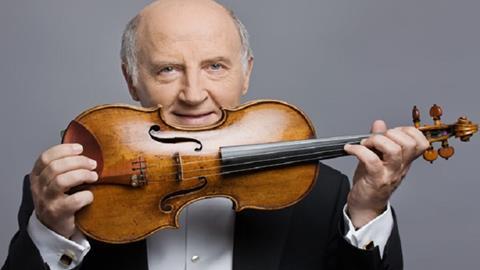 I suggest holding the bow between the thumb and middle finger. This allows you to hold the bow using mainly those two fingers (see below).

The weight of the other fingers can be applied depending on which part of the bow you are using. To find out which fingers are necessary in which parts, divide the bow equally into four.

Of course, in practice such an exact distribution of finger pressure changes depending on what you are playing. Often you will need to press on the bow with several fingers at the same time. Nevertheless, conscious weight distribution of each finger while moving the bow is very important. To test this, try playing exercise 1.

In order to use the weight of each finger of the right hand most effectively as the bow moves up and down, it is important to understand the exact movements you have to make with the right hand.