How to shift correctly on the violin

What tips do the great pedagogues and players offer for getting around the instrument? Rok Klopčič looks at a fundamental aspect of playing: change of position. From August 2004 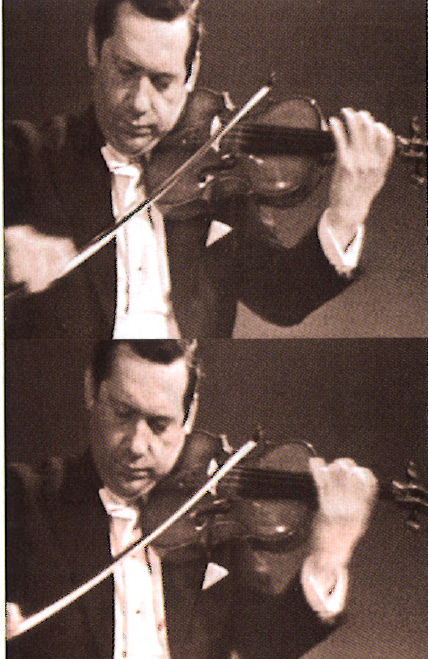 The importance of the thumb is widely recognised, for example in the view of Joseph Fuchs: 'The secret of the remarkable shifting of Heifetz...is the tremendous resiliency between his thumb and the first finger.' When changing position upwards the thumb should move together with the hand along the instrument's neck and in the highest position it should rest in the curvature of the neck. If the thumb is very short it should move even further and rest along the edge of the table. This is anathema to some violinists, but Yankelevich points out that for some it is 'unavoidable'.

When considering shifting downwards there is general agreement that the thumb must lead the way. Flesch advocates this, Galamian describes it with meticulous attention and Yankelevich is of the opinion that 'simultaneous change of position with all fingers is dangerous...the thumb should move before the playing finger, and not simultaneously with it.'

Changing position upwards or downwards can be performed on the same finger or from one finger to another. In the latter case there are two possible fingers that can make the shift (guide notes): the original finger, or the finger that will play the note after the shift. When shifting between different strings, the string on which one makes the actual shift is determined by the guide note. If it is played by the last finger before the shift, the move is made on the same string; if by the new finger after the shift, the shift takes place on the string to which the change is being made.

Important points to remember when shifting:

Read: 8 ways to teach cello students how to shift confidently

Different advice on setting up the ideal shift conveys more or less the same meaning. In Medical Problems of the Instrumentalist Musician, Weilerstein and Christopher Neal suggest that before starting a shift it is helpful to use 'aural and visual imaging' or, as Yalkelevich puts it, to foster 'advance feeling' and 'advance hearing' of the forthcoming change of position. During the glide all participating parts of the hand exchange information about the distance that has already been covered or needs to be covered and there is a continuous sense of listening. Eventually this skill becomes so perfected that just the imaging or 'advance hearing' of the desired note influences all the necessary parts of the left arm to glide to the desired place automatically. Yankelevich succinctly describes this as a 'conditioned reflex to the distance'.

Contemporary pedagogues agree with Paul Rolland who wrote in the second half of the 20th century that 'the introduction of early shifting patterns by rote has a good effect on the freedom of the left hand.' This way, he continues, the 'frequent lock between thumb, neck and first finger can be eliminated'.

The general view that all position changes should be heard as little as possible often results in beginners being encouraged to perform it with a quick movement. Yankelevich disagrees: 'The teaching of change of position should start with smooth, easy gliding...without attempting to eradicate the glissandos too early... and then - with a relaxed hand - a gradual acceleration of the movement.'

When a change of position is performed in an intentionally obvious way it becomes a glissando - an 'expressive shift', according to Robert Gerle. One of the most expressive devices of violin playing, glissando evolves from the various types of change of position, in possible combination with extensions, contractions and different types of vibrato. There are three main types of glissando. With the beginning glissando (classical or overslide) the guide note is played by the original finger before the shift and the beginning of the glide is audible. For the end glissando (gypsy or underslide) the new finger makes the movement and it is the end of the shift that is heard. The third kind involves a combination of both, starting and ending with a glissando, but this type is seldom used.

This article was first published in The Strad's August 2004 issue