‘He turned to me, a mere 22-year-old student, and asked my opinion’ – Julian Lloyd Webber on Pierre Fournier

In celebration of his 70th birthday last month, British cellist Julian Lloyd Webber shares memories with Julian Haylock of some of the cellists who shaped him 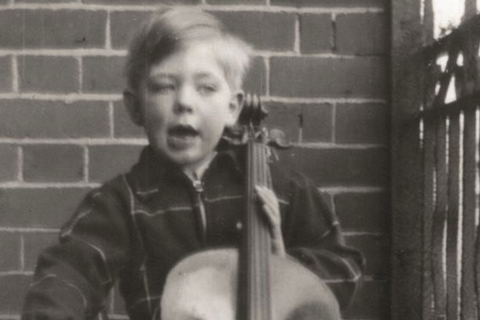 A young Lloyd Webber: ‘I just loved to play’

In 1965, Lloyd Webber attended a marathon series of nine concerts given by Rostropovich with conductor Gennady Rozhdestvensky and the London Symphony Orchestra. ‘I went to every single one,’ he beams, ‘and quickly realised that this was playing on an entirely different level. I had never seen anything like it before – nor, indeed, have I seen anything like it since. Rostropovich had this extraordinary energy and intensity, and set up an almost hypnotic two-way communication with his audiences. Sometimes he would reduce his sound to a mere whisper, and yet you could still hear him at the back of the hall. It was after seeing him in action that I felt inspired to develop my own career as a concert soloist, to the point of emulating his ability to play his entire repertoire from memory. Even when recording contemporary works, I made sure that I had everything thoroughly memorised, often listening to taped performances late at night to help get the notes completely settled in my mind.’

Read ‘On paper, it should have been a match made in heaven’ – Julian Lloyd Webber on his struggle to find the right cello

Following two years studying with Harvey Phillips (‘a lovely person, who like Dougie Cameron simply adored music and was highly knowledgeable’), Lloyd Webber rounded out his cello education in style with Pierre Fournier in Geneva in 1973. At that time, Fournier was already something of a legend, yet Lloyd Webber remembers him as modest to a fault. ‘I was about to go in for my final lesson and I could hear him playing part of Prokofiev’s Symphony-Concerto, a work that I’ve a feeling he never actually performed. I rang the bell, went in and enquired enthusiastically as to whether he was intending to play it. He turned to me, a mere 22-year-old student, and asked my opinion as to whether he should play it in public because it was so closely associated with Rostropovich!’