Getting articulation right is vital for performing minimalist music 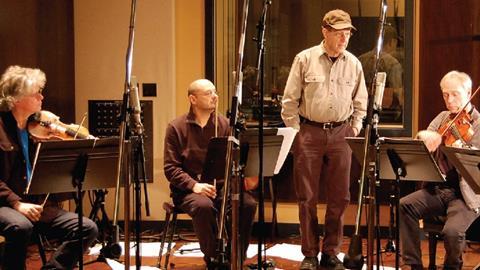 The following article is published as part of a larger feature on Minimalism and Strings in The Strad’s November 2016 issue – download on desktop computer or through The Strad App.

Getting articulation right is absolutely key to performing minimalist music. As violinist Darragh Morgan, who has performed a large number of minimalist works with the Smith Quartet and the Fidelio Trio, points out: ‘Not only is correct articulation vital, but it would have a bad effect if you changed articulation either by accident, or through nerves, anxiety or a sudden change in interpretation during the middle of a piece. This would result in massive unevenness. One has to understand minimalism as this kind of “plateau of sound† rather than huge waves coming in and out. This “plateau† shouldn’t get disturbed by any unevenness in bow movement.’

Easier said than done, perhaps. But the more you practise, rehearse and perform, the easier it gets. David Harrington, leader of the Kronos Quartet, recalls learning Reich’s quartet WTC 9/11 (2010): ‘At the beginning the two violins are trying to sound like a phone that’s off the hook. It’s actually a mixture of violins and a sound recording of a phone. Finding the correct bow articulation to give us that result was crucial.’ There are other moments during the piece when the quartet has to underline or outline vocal lines and words on the pre-recorded tape. It’s impossible to notate the speech rhythms exactly right, so it’s a matter of listening and listening, and trying to find the precise rhythm.

In rehearsals and recording sessions, time is often taken up experimenting with different types of articulation in order to achieve the right results. Harrington recalls that it took the Kronos nine whole days to record Reich’s Different Trains in 1988: ‘The physical wear and tear of doing that in the studio was extremely difficult. In fact I could say that when we play Different Trains even now, I get this residual pain in the little finger of my left hand three-quarters of the way through!’

Read the full Minimalism and Strings feature in The Strad’s November 2016 issue – download on desktop computer or through The Strad App.