The violin version of Brahms’s op.120 Sonatas has been forgotten by violinists since being championed by Joseph Joachim and Marie Soldat-Roeger. With her new CD release, violinist Jenna Sherry argues the case for considering them as violin sonatas 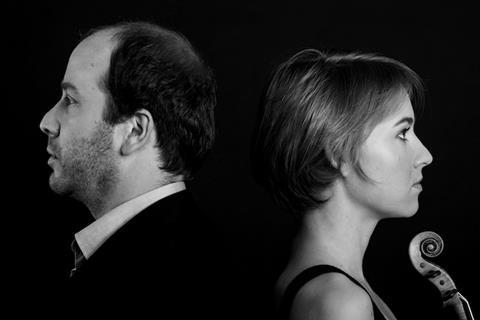 Not many people know that Brahms’s op.120 Sonatas were originally published for violin and piano alongside the famous versions for clarinet and viola. Marie Soldat-Roeger, one of Brahms’s favourite violinists, was the first to play through the violin version of these sonatas with the composer - imagine being a fly on that wall! - and Joseph Joachim, who otherwise ‘shunned transcriptions’ (according to Donald Francis Tovey, who knew Joachim well) is said to have taken great delight in playing them. Today, however, they are hardly known, and rarely played by violinists.

As a violinist who has picked them up and recently recorded them myself, I must admit that it feels surprisingly controversial to play these Sonatas. I still feel sheepish about telling my viola and clarinet-playing friends about this project. Violinists have so much repertoire already, I hear you thinking, isn’t it a bit greedy?

Inspired by the clarinet

The story of how these works came to be is inspiring in itself. Brahms was so infatuated by the playing of clarinettist Richard Mühlfeld that he came out of his self-imposed retirement to write several pieces for him. ‘No one could play the clarinet more beautifully than Herr Mühlfeld does here,’ Brahms rapturously wrote to Clara Schumann. After hearing Mühlfeld herself, Clara replied, ‘It’s as if he were created for your work. This profound simplicity, and the subtlety of his interpretation!’

The genre of the clarinet sonata was non-existent when Brahms wrote the op.120 Sonatas, and nor was playing the viola yet thought of as a distinct pursuit from playing the violin. Although the timeline is not clear, Brahms envisioned a viola version of the Sonatas shortly after writing the clarinet parts. This is not surprising since he had previously allowed his publisher to make viola versions of the wind parts for his Horn Trio op.40, the Clarinet Trio op.114, and the Clarinet Quintet op.115. Soon after, in February 1895, Brahms sent a teasing letter to his publisher about yet a third version: ‘Since you do not care for original works, but only for arrangements - I say at once that immediately after the first issue I intend to make an edition for violin, for which some things would have to be changed - thus an independent edition.’

Brahms clearly had the sound and qualities of the clarinet in his ear and imagination: both Sonatas juxtapose powerful expressive leaps with delicate phrases that float like a leaf on a cushion of air. Yet Brahms also took great care over the violin transcription of these works, adding in double stops, exchanging some voices with the piano part, and even making a few melodic changes. By July of 1895, distinct versions for clarinet, viola, and violin had been published.

Declaring that Brahms wrote five violin sonatas would make a great headline, but after spending time with these works, I think the music tells a more complex story - one of musical imagination unhindered by instrumental identity. This question of identity may explain why the Sonatas didn’t become core violin repertoire. Perhaps they didn’t feel like native ‘violin sonatas’, especially to the new generation of Franco-Belgian trained violinists (Vieuxtemps, Wienawski, Ysäye, Kreisler), whose playing style was coming into vogue. I still wonder whether we should consider them to be violin sonatas, or whether the DNA of the clarinet is so embedded in the writing that they can only be thought of as transcriptions. Would this change how we hear or play them?

In my experience, playing the op.120 Sonatas on the violin required navigating between the three instrumental identities, each with its distinct voice. The music demanded a chameleon approach, shape-shifting phrase by phrase between the ‘blue-grotto hollowness’ of the clarinet’s low register, the ‘rich and pungent warmth’ of the viola (Tovey’s descriptions), and the easy sweetness of the violin’s middle register. This challenge became an essential part of the rehearsal process and a source of constant inspiration.

It’s so rare to have three versions of any work, and I find it inspiring and liberating: these re-imaginings of the same sonatas feel like an invitation into the composer’s workshop.

It is well known that Brahms was a notorious perfectionist - he destroyed many works he was not completely satisfied with. In writing down three versions of these late sonatas, it feels as though Brahms allows us into his compositional process. It’s as if we get to try out sketches that might otherwise have drifted to the floor on scraps of paper: up an octave in this version; a different melodic interval in that version; with exchanged voicings in yet another.

Like an electron - which exists both as a particle and a wave, but can’t be observed in both states - a musical idea can exist in multiple forms in the imagination until the process of notation narrows the options to one version. Seeing Brahms at work in these transcriptions is a reminder that the process of communicating ideas with notes is more complex and fluid than we performers often think. Brahms’s experimentation invites us to embrace the indeterminacy that is present in all music until the moment of performance - and it gives us permission to be more creative as performers in how we hear and play not just these sonatas, but all music.