How to banish your inner demons from The Strad's Archive 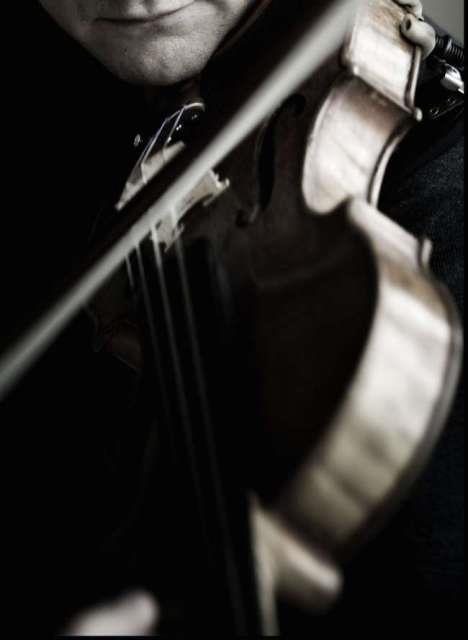 Before performing, sit or lie comfortably in a distraction-free room. Make sure your head is supported. Do not cross your arms or legs. Choose a one syllable word and in your head repeat it over and over again.

This gives your mind something to focus on. If an outside thought creeps in just go back to the word. Try thinking the word as you breathe in and out. Do not try to make anything happen, just feel your body become calm.

Sometimes visualising a passage going correctly before it happens can really help – just like a basketball player, as he takes the shot, imagining the ball going through the net.

There have been psychological studies, which have found that going through the physical process of making yourself smile actually tricks your body into feeling happiness. It seems like the cart before the horse, but I have read that it works.

So by the same token, if you can project an image of confidence on stage, you will start feeling more confident within yourself.

When you visualise yourself playing a note that typically feels tense whenever you actually play it on your instrument, it is striking how your finger or hand will tense up in exactly the same way as if you were playing it, even if you are simply picturing it, without using an instrument.

The benefits of visualising yourself playing that note with a relaxed hand or finger are obvious: when you are mentally picturing yourself playing, you are accessing the same inner ‘programme’ that drives your playing when the actual violin is under your chin.

A performer can relieve an anxious breathing pattern (for example, shallow and frequent) by willing a different pattern (deep and less frequent) in its place. And by calming their breathing, they also control another physiological symptom of stage fright – raised heart rate.

Other ways to reduce the symptons of frightened physiology are to dress lightly on stage (to avoid over-heating), to take a flannel on stage (to keep your face and hands dry) and to avoid caffeine before a concert.

There's a simple yet effective psychological trick to avoid stage fright, although it sounds counter-intuitive. During the lesson, the teacher should try to give so many instructions - such as about different forms of vibrato, bow division, bow changes, dynamic versatility - that the student has to take care of them the whole time they play. Keeping in mind that the music should always come first, the more instructions the student has to take care of, the less time they have to be nervous when they perform.

By connecting to the emotion of what they want to convey, I find my students can play better than if they’d been thinking, 'I’ve got to make sure my fourth finger is doing this vibrato right.' Often the vibrato is right anyway, and all the things that would normally distract them from the essence of the performance go away.

Anyone who has studied the violin will remember the feeling of uncertainty and helplessness that overpowered him the moment he left the safe retreat at the bottom of the fingerboard, as if suddenly all foundations had been torn away. The main reason for this was in reality the lack of preparation for the kinaesthetic sense, the sense of muscular feeling.

The muscles have a capacity to feel when they are in certain poses, conditions or actions and gradually can become acquainted with them. The muscles can become familiar with the new positions before they are played. A large amount of the uncomfortable feeling of strangeness and uncertainty will disappear.

Nerves can be very difficult to control, but you’ll have better nerves if you’re 100 per cent sure of what you’re playing. You need to be absolutely sure of the way you’re doing a technical passage, and if you know something well you won’t get too nervous.