Too often, performance presentation skills are left in the lap of the gods

It is desirable for music teachers to take stage presentation skills seriously from the very start, argues Naomi Yandell 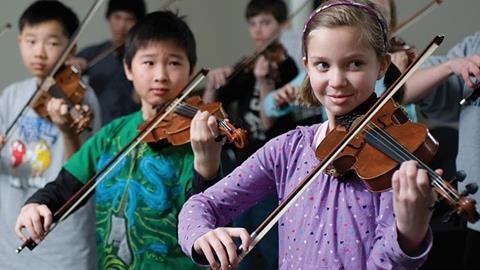 Like many tutors, I have spent time this summer reflecting on my cello teaching from the last academic year in readiness for September, when it all kicks off again.

As I cast my mind back to the summer term, with its plethora of concerts and exams sandwiched between sports days and swimming galas, a particular scenario came to mind. At one concert a violinist of around six years old rushed headlong on to the concert stage looking like a rabbit caught in the headlights, and started to play without first announcing his piece or checking the tuning of his first note. Instead of listening and adjusting, he was so flustered that he continued to play the whole piece out of tune. In the heat of the moment he also forgot that he was supposed to wait for the introduction, and was oblivious to what was happening in the accompaniment to accommodate him. Much of the work he had done on perfecting the piece had gone up in smoke, although no doubt he’d played it through well at home that morning. At the applause his face lit up in a relieved smile and he bolted off into the arms of his parents without a backward glance.

While this scene was no doubt somewhat endearing – especially for his parents – I feel sure that with some forethought we as teachers could prepare our students better for their very first concerts. After all, it is the impression left by these initial experiences of performing that lies in their memory banks, and can lead to problems further down the line if those memories are negative.

As an audience we love good communication skills; we talk about certain players as being ‘natural performers’. However, I wonder how many of us prepare our students for the limelight from the very beginning? Too often, presentation skills are left in the lap of the gods while we focus our attention on improving a student’s performance in the studio. The words ‘Good luck!’ then become truly applicable because once on stage the student is adrift and unsure in a strange environment.

Over the years I have attached more and more importance to the teaching of stagecraft, mostly because I have seen my students benefit from it, and partly because it is such fun to teach it, even to the youngest student (in my case, four years old). I work with students on every aspect of performance that I (and they) can think of – which includes walking on stage, taking time to focus on what they are doing, nodding to the pianist to show that they are ready, leading in, conveying the mood of the piece, keeping going, camouflaging any mishaps and finishing well. We also work on how they should hold their instrument when taking a bow, and practise walking (not running!) off the stage. They practise these things at home, first to an audience of toys, then to relatives. Parental feedback so far has been positive; young students love practising being centre stage.

An important part of this teaching of stagecraft is the debrief session after the concert or exam. What went well? What do you look forward to improving next time? Just as I think over my teaching, so this encourages even the youngest student to be reflective of their performance in the widest sense. This seems to give confidence because there is a plan. Even if it went a little awry this time, next time things will be different.

I’m not saying that my students never have issues when it comes to performance; merely that I think it helps them to have a strategy. In the winter term one of my six-year-old students burst into tears just before her first concert performance, insisting that she didn’t want to play. I told her that she needn’t, and watched as her initial feeling of relief morphed into indignation. I was pleased that she then went on to perform. I piled on the positive feedback. Sure enough, she turned out to be the most confident musician in the summer concert.

Read: Release the Fear Monster - how to conquer performance anxiety and perform at your best