Peace, enchantment and the enduring legacy of Casals

In this report from the Bach Festival at Prades published in The Strad July 1950, writer Christina Thoresby describes the love and respect felt towards the Catalan cellist – one of our great players of the past in the October issue 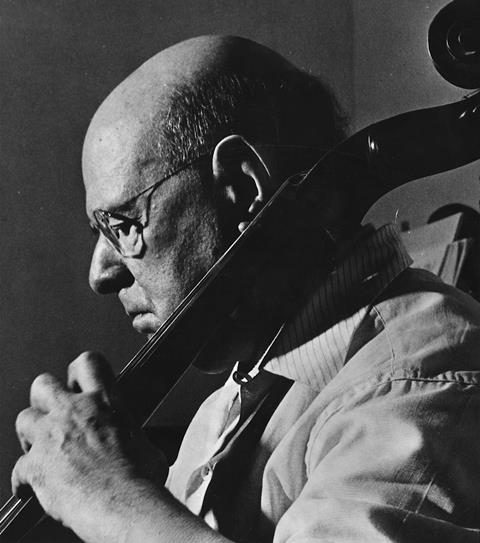 Looking back on the Bach Festival at Prades, it is as if for a brief spell we were privileged to visit a world of peace and enchantment, where human and artistic values were true, and where the everyday world of strife and pettiness had no existence.

It was unlike any other festival in most respects. How to do justice to it in so few words, and how to convey to those who were not fortunate enough to be there its special quality?

Imagine the emotion felt by all in the ancient and crowded church with its exuberant Spanish Baroque reredos, when Casals entered on the opening night carrying his cello. The audience rose spontaneously, a mode of applause which continued throughout the festival. For five years we had hoped that this moment might materialise, respecting Casals’ feeling and integrity, regretting our loss.

As the sensitive bow moved smoothing backward and forward, the small agile hand scanning the intervals with no trace of portamento, the unforgotten tones filled the air. The first of Bach’s unaccompanied cello suites unfolded in long flowing phrases, the rhythms dancing, strong, ethereal, gruff, elusive, the depths and integrity of conception overshadowing the ease and perfection of execution, as the Sarabande rose pure and detached like a prayer suspended in eternity.

Every activity of the festival was inspired by the spirit of Casals the artist and man, and by the love and respect shown him alike by musicians and visitors from many parts of the world and the citizens of the little French Catalan town, which, lying at the foot of the mighty Canigou, has harboured him for thirteen years. For himself he will accept no credit, either as instrumentalist or conductor, acknowledging only the greatness and wonder of Bach’s music, in which he was able to reveal to us fresh vigour, greater riches, deeper joy and faith.

The morning rehearsals conducted by Casals in the school hall were as great a musical experience as were the evening concerts, for he lifted them to the level of great interpretations. The splendid chamber orchestra, led by Alexander Schneider, who was responsible for the idea and realisation of the festival, consisted largely of soloists from the United States, France and Switzerland, and included such fine string players as the French cellist Paul Tortelier, and an exceptional young American violinist, Ralph Hollander, who has already had a marked success in Italy this year.

There is no space to write in detail of the many remarkable soloists. Memorable performances were given by Isaac Stern, Szigeti and Alexander Schneider on the violin, by Rudolf Serkin and Clara Haskil at the piano, by Doda Conrad and Helene Fahrni in the Cantatas and by John Wummer on the flute. With the orchestra they all contributed to make this a festival of music making in the finest sense of the term, and all will have returned to their work enriched by the contact with Paul Casals and his vital interpretations of Bach.

The festival has proved an unqualified success, in part due to the fine organisation of the American committee and to the warm response of musicians and public, in part to the recordings undertaken by Columbia and a film which is being prepared.

Read our report from this year’s Pablo Casals Festival in Letter from Prades in the October issue. Order a copy here or download the digital edition.