What's it like hearing the 'quasi-punk' violinist in concert for the first time? Our editorial assistant Pauline Harding reports 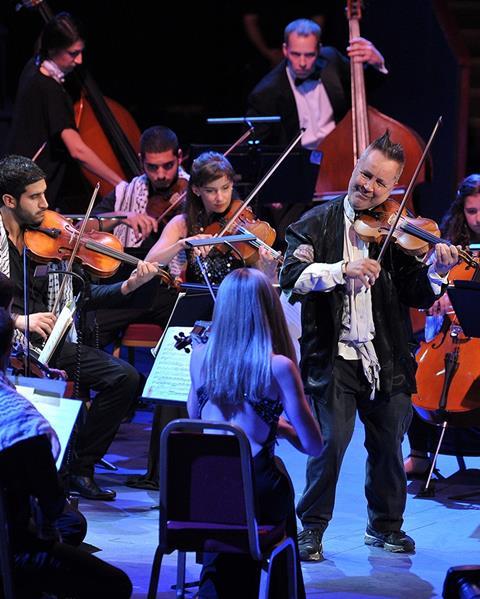 Last night I had my first Nigel Kennedy experience: Vivaldi’s The Four Seasons, at the BBC Proms. Kennedy’s orchestra comprised a student ensemble from Palestine, the Palestine Strings, with section leaders from his UK-based Orchestra of Life.

The concert came as a stark reminder always to read the small print. The last sentence of the programme description – completely unnoticed by me – ended, ‘[Kennedy] brings fresh insights to these visionary concertos, including the addition of his improvised links between them.’ More than that: this was Vivaldi punctuated by stamping, slap bass and farcically extreme dynamics. Stretches of jazzy improvisation surfaced where I was expecting slow movements, followed by evocative passages of Arabic music. My sense of concert etiquette was in disarray. What was the genre? When should I clap? About once a minute, it emerged, as one improvised solo came after another.

It took me some time to get used to the setting, too: Kennedy’s quasi-punk hair-do and shimmering, pirate-style clothes and the orchestra’s scantily clad leader contrasted bizarrely with the smartly dressed Palestine Strings.

But, as my expectations shifted, I began to enjoy the event. Kennedy tackled some of Vivaldi’s more technically demanding passages with almost too much enthusiasm in places, creating a rough, percussive sound, but nevertheless proved himself an accomplished showman. In some of his slower passages, he made a beautiful sound, and one virtuosic, Arabic duet with a young Palestinian violinist had me gripped. All in all, the performance was full of a youthful energy often sadly lacking from the orchestral stage.